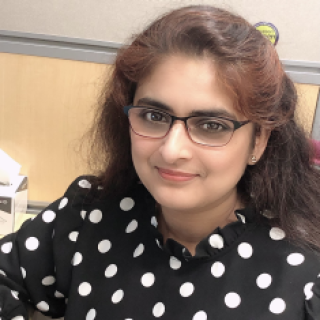 Dr. Mishra is involved in clinical and preclinical research of endocrine cancers, including adrenocortical carcinoma and thyroid cancer. She specializes in cell biology, molecular biology, metabolomics and translational studies. She also has made important contributions in breast and prostate cancer metabolism studies.

The Targeted Therapy in Endocrine Cancers Section, Surgical Oncology Program, focuses on identification of new therapeutic targets and drug therapies that can improve the survival of patients with endocrine cancers such as adrenocortical carcinoma and anaplastic thyroid carcinoma.

Our current research employs quantitative high-throughput drug screening for development of novel drug therapies, comparing the efficacy of drugs in combinatorial versus monotherapy in cell lines and animal models, establishing the most potent combination of drugs to be readily tested in clinical trials in endocrine tumors. A common disadvantage observed in a single-drug therapy is drug resistance, which can be overcome by synergistically targeting multiple mechanisms in the tumor, using a combination of drugs. We are interested in testing new combinations of small molecule inhibitors of potential targets in adrenocortical carcinoma and thyroid cancer, and understanding the molecular mechanisms through which these inhibitors influence the metastatic progression of the diseases.

Our research also emphasizes improving the uptake of drugs by the tumor tissues. In most of the solid tumors, the high interstitial fluid pressure (IFP) in the tumor microenvironment is the key barrier that impedes drug delivery to the tumor tissues, due to high cell density, abnormal extracellular matrix (ECM), increased vascular permeability and poor venous/lymphatic drainage. We develop novel nanomedicines to target the tumor microenvironment components and markedly reduce the elevated level of IFP, ultimately enhancing the drug efficiency.

ADHFE1 is a breast cancer oncogene and induces metabolic reprogramming 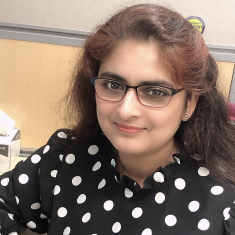 Dr. Mishra obtained her Ph.D. in cancer biology in 2010, from Devi Ahilya University, India. In 2011, she joined the Laboratory of Human Carcinogenesis (LHC), Center for Cancer Research (CCR), National Cancer Institute (NCI), Bethesda, as a Visiting Fellow for her postdoctoral research training; she was promoted to Research Fellow in 2015. She made major contributions in identifying 2-hydroxyglutarate (2HG) as an oncometabolite in breast cancer and characterizing a novel Myc-linked oncogene ADHFE1 involved in 2HG accumulation, metabolic reprogramming and de-differentiation of the tumors. She then worked at the Uniformed Services University of Health Sciences (USUHS), Bethesda, as a Staff Scientist, where she contributed to prostate cancer metabolism studies. In 2020, Dr. Mishra joined CCR's Surgical Oncology Program as a Staff Scientist. Dr. Mishra has contributed to important research articles and has received many awards, including the Fellows Award for Research Excellence (FARE), the NCI Director's Innovation Award for Career Development, the COL (Ret.) David G. McLeod Prostate Cancer Translation Research Award, and others.