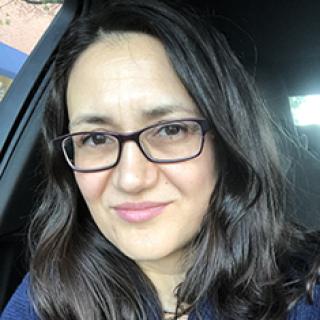 Dr. Celiku develops and applies integrative computational approaches to better understand and treat primary brain cancers. Her research approach is driven by the conviction that solid computational principles that have stood the test of time are indispensable tools for tackling the complexity of precision oncology. Her research focuses are:

Computational analysis of the mesenchymal signature landscape in gliomas. 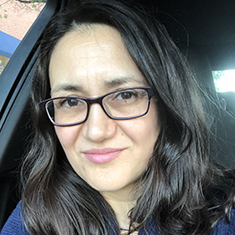 Dr. Celiku holds a Ph.D. in computer science from Åbo Akademi University in Finland, where she developed formal verification tools for reasoning about behavior of nondeterministic computer programs. She also holds a master's in biochemistry and molecular biology from Georgetown University. Prior to joining the NCI Center for Cancer Research’s Neuro-Oncology Branch (NOB), she completed her postdoctoral training in software engineering and architecture at the Carnegie Mellon University School of Computer Science, followed by training in bioinformatics at the NCI Center for Cancer Research’s Radiation Oncology Branch, where she developed bioinformatics tools for integrating and visualizing cancer genomic data. Dr. Celiku joined the NOB in 2016 as a research fellow and was subsequently promoted to staff scientist.

The My STORITM app was developed for brain tumor patients and caregivers. Learn about how this free mobile app can help you track and manage your symptoms and self-care activities. Read more >

Drs. Celiku and Gilbert used bioinformatics and mathematical modeling to find tools to explain how glioblastoma cells may adapt to survive in stressful conditions. Read more >