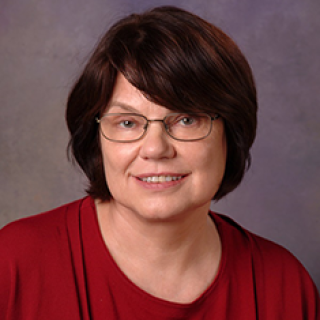 Dr. Miller is a structural biologist who is investigating the three-dimensional structures, conformational transitions and intermolecular interactions of proteins and nucleic acids. She played a critical role in solving the crystal structures of proteases from the Rous sarcoma virus (RSV) and human immunodeficiency virus type 1 (HIV-1) retroviruses (Peptide Science, 94: 521-9, 2010).

For over 30 years I have been taking part in the structure determination, biophysical characterization, and analysis of a number of biologically important macromolecules. Major previous projects include: (1) the analysis of conformers, design, and crystal structure determination of a DNA duplex with unpaired bases; (2) crystallographic studies of Rous sarcoma virus (RSV) and human immunodeficiency virus type 1 (HIV-1) proteases and their complexes with inhibitors; and (3) modeling studies of macrophage-stimulating protein that helped to establish major determinants of its binding to the receptor and the mode of receptor dimerization by plasminogen-related growth factors. I also studied the effects of oncogenic mutations on the structure and stability of MET and VHL proteins. Recently, my research has been focused on intermolecular interactions involved in transcription.

The structure of the Taz2 domain of p300 and its interactions with transcription factors. CBP and its paralogue p300 are histone acetyl transferases that regulate gene expression by interacting with multiple transcription factors via specialized domains. Taz2 domain binds specifically to acidic transactivating domains (TADs) of several TFs that include p53 tumor suppressor, ETF2, and members of the STAT and C/EBP families. The binding of C/EBPs results in massive phosphorylation of the C-terminal part of p300/CBP. We determined the crystal structure of a segment of the human p300 protein corresponding to the extended zinc-binding Taz2 domain. Based on the analysis of crystal contacts and molecular modeling, we proposed a hypothetical model of the binding of phosphorylated p53 peptide to Taz2.  The interactions between the minimal (TAD) of C/EBPε and human p300 Taz2 were determined from the crystal structure of the chimera protein composed of p300 Taz2 (residues 1723-1818) and C/EBPε (residues 37-61). We propose a model of C/EBPβ binding to Taz2 that suggests that phosphorylation of p300 is executed by kinases which dock to sites located N-terminally to its minimal TAD. In collaboration with Dr. Ettore Appella (Laboratory of Cell Biology, CCR) we are also investigating the effect of site-specific phosphorylation on the binding affinity to p300 for a number of peptides derived from the TADs of the p53.

Structure of complex of synthetic HIV-1 protease with a substrate-based inhibitor at 2.3 Å resolution 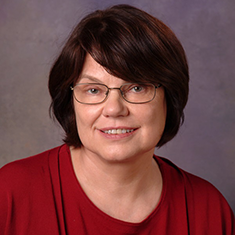 Dr. Miller received both her M.Sc. (physics, 1971) and Ph.D. (biophysics, 1979) from the University of Warsaw, Poland, under the direction of Professor David Shugar. After a year participating in a research training program in protein crystallography at the National Insitutes of Health in Bethesda, Maryland, she obtained further postdoctoral training at the University of Texas at Austin. For the next three years (1984-1987) Dr. Miller was a guest scientist at the National Bureau of Standards. In 1987, Dr. Miller joined the ABL-Basic Research Program at the NCI's Frederick campus as a Scientist Associate and was promoted to Scientist in 1991. In 1999, she became a member of the Protein Structure Section, Macromolecular Structure Laboratory, CCR.