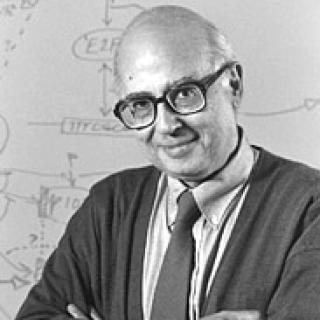 Dr. Kohn demonstrated that bifunctional alkylating agents produce DNA interstrand crosslinks and that this is their major cytotoxic action. He elucidated a new mechanism of drug action on DNA, based on the anthramycin group of antibiotics. In 1974, he discovered the DNA filter elution phenomenon in which DNA molecules pass through micropore filters at a rate dependent on DNA strand length. Based on these observations, he developed methodology to measure several types of DNA damage in mammalian cells. This methodology was widely used for more than 20 years in many laboratories to study DNA damage and repair in mammalian cells. Using DNA filter elution studies, Dr. Kohn and his colleagues showed that DNA topoisomerases are targets of action of several clinical anticancer drugs (1979-1982). This led to worldwide interest in topoisomerase-targeted drugs that has continued to the present time. In the 1990s, Dr. Kohn and his colleagues began to apply the emerging knowledge of cell cycle checkpoints to study the responses of cancer cells to DNA damage. As an aid to this end, he developed a notation for molecular interaction maps that received considerable interest. 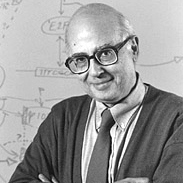 Dr. Kohn received an A.B. degree from Harvard in 1952 with majors in Chemistry and Physics, an M.D. degree from Columbia College of Physicians and Surgeons in 1956, and a Ph.D. in Biochemistry and Molecular Biology from Harvard in 1965. After an internship at Mount Sinai Hospital in New York, Kohn came to the National Cancer Institute where he served as a Clinical Associate in the Clinical Pharmacology Service (headed by Paul Condit) 1957-1960. He then spent two years as a graduate student and postdoctoral fellow in Paul Doty's laboratory at Harvard, returning to the NCI in 1962 as a member of the Laboratory of Chemical Pharmacology headed by David P. Rall (this Laboratory was a transformation of the earlier Clinical Pharmacology Service). In 1968, Dr. Kohn founded the Laboratory of Molecular Pharmacology (LMP) and served as its Chief until 1997. During this time (1961-1997), his major area of investigation concerned the mechanisms of action of DNA-targeted anticancer drugs. After 1997, Kohn continued to serve as a Senior Investigator in the Developmental Therapeutics Branch, focusing on molecular interaction mapping and computer simulation of bioregulatory networks relevant to cancer and therapeutics. In addition, he collaborated and consulted on various Branch projects and with other laboratories.

Dr. Kohn retired as a Senior Investigator in 2015 and is now an NIH Scientist Emeritus.