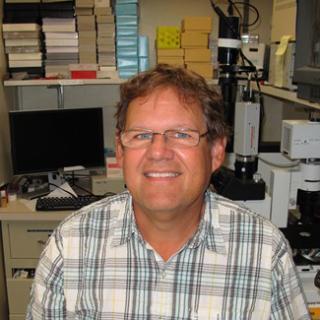 The balance between maintaining stem cells and their more differentiated progeny is critical for the development and function of most tissues. Understanding how stem cells self-renew and commit to specific cell lineages remains a central question in stem cell biology. The laboratory is currently focused on understanding the cellular and molecular regulation of hematopoietic stem cell (HSC) quiescence, survival, self-renewal, and cell fate. These processes are regulated, in part, by transcription factors and epigenetic regulators recruited to DNA, which modify histones, DNA, and other proteins to activate or repress gene expression. The laboratory is currently defining the physiological function of the inhibitor of DNA binding (Id) family of proteins in self-renewal, quiescence and cell fate determination. Since transcription factors and epigenetic regulators are frequently deregulated in hematopoietic malignancies, it is anticipated that these studies will lead to the development of novel therapeutic agents.

Hematopoiesis is a multi-stage developmental process that is maintained throughout life by a limited number of hematopoietic stem cells (HSC), which proliferate, self-renew, and differentiate into mature blood cells of all lineages. Central questions about the molecular regulation of HSC quiescence, self-renewal, and lineage commitment remain to be answered. These processes are tightly regulated by cell intrinsic mechanism(s), and extrinsic signals from cells in the hematopoietic microenvironment. Transcription factors are the ultimate downstream mediators of extrinsic signals received by the microenvironment, and cell intrinsic signals. Transcription factors, and the proteins/enzymes they recruit to DNA, regulate gene expression to promote HSC development. Since transcriptional regulators are frequently deregulated or mutated in hematopoietic malignancies, our current focus is to understand how transcription factors and transcription factor networks regulate quiescence, self-renewal and cell specification using mouse models, normal stem cells, and stem cell line models. We believe that knowledge of the molecular and cellular regulation of HSCs will contribute to improved methods to direct these processes to expand hematopoietic stem cells (HSCs), develop pharmaceuticals to treat leukemia and other hematological disorders, and improve methods of bone marrow transplantation (BMT), gene therapy, and regenerative medicine.

Inhibitors of DNA Binding (Id) Proteins in Normal Hematopoietic Development. Id proteins are members of the helix loop helix (HLH) family of proteins that function as dominant negative regulators of other basic HLH proteins, which regulate the differentiation and proliferation of muscle, neural, lymphoid and other cell lineages. We found that Id1 expression is induced by hematopoietic growth factors (HGF) including interleukin-3 (IL-3) to promote the proliferation of HSCs and their immediate progeny. Overexpression of Id1 in normal HSCs promotes myeloid differentiation, while inhibiting lymphoid development in vitro and in vivo. Thus, IL-3 may direct HSC fate via the induction of Id1 protein. Id1 immortalizes hematopoietic progenitors in vitro, promotes a myeloproliferative disease in vivo, and is widely expressed in human myeloid neoplasia, suggesting Id1 may contribute to the initiation or progression of hematopoietic malignancies. To define the physiological role of Id genes in normal hematopoietic development, we examined hematopoiesis in mice that lack Id1, Id2 and Id3. Since Id1 is induced in hematopoietic stem cells (HSCs) by proinflammatory cytokines that promote HSC proliferation and differentiation, we speculated that Id1 may function during stress hematopoiesis. Id1-/- HSCs show increased self-renewal in serial bone marrow transplantation (BMT) assays, which is correlated with decreased proliferation, decreased mitochondrial biogenesis, and decreased ROS production. Id1-/- HSCs harbor less DNA damage, show increased quiescence and reduced aging. Mechanistically, we show that cytokines and other proinflammatory stimuli present in the hematopoietic microenvironment after γ-irradiation induce Id1 expression. Id1-/- HSCs fail to properly respond to cytokine-induced proliferation, suggesting that HSC exhaustion is mediated, in part, by chronic proliferative stress. Id1-/- HSCs are protected from other chronic proliferative stresses including chronic genotoxic and inflammatory stress, and aging. Future studies are focused on evaluating if targeting Id1 may be therapeutically useful to improve normal mouse and human HSC survival and function during BMT, chronic stress and aging.

We have discovered that Id1 and Id3 are required for the proper functioning of the hematopoietic microenvironment, and that loss of Id1 and Id3 expression in adult endothelial cells disrupts normal endothelial cell homeostasis resulting in dilated and hemorrhagic sinusoids, which leads to bone marrow failure. Current studies are focused on the molecular mechanism(s) by which Id genes regulate endothelial cell survival and proliferation. These studies leave open many questions including: Does Id1 regulate the development and/or function of other stromal cell lineages including mesenchymal stem/progenitor cells (MSC/MPC)? Is their differentiation affected by loss of Id1? What are the molecular mechanism(s) by which Id genes regulate microenvironmental function?

Id Genes and Leukemia, and Novel Transcriptional Regulators. Id genes are overexpressed in a broad range of cancers, suggesting that these proteins may represent therapeutic targets to treat cancer. We discovered that deregulated Id1 expression in HSC immortalizes BMCs and promotes a myeloid proliferative disease (MPD) in vivo. We found that Id1 and Id2 genes are overexpressed in AML cell lines and human AML patient samples, suggesting that deregulated expression of Id genes may contribute to the initiation and progression of AML. To test this, we plan to investigate if deregulated expression of Id2 and Id3 also contribute to MPD, lymphomas or AML, and investigate how Id genes immortalize murine HPC and contribute to MPD. We will also determine if Id genes are required for the survival and growth of human AML cell lines, and AML patient samples. 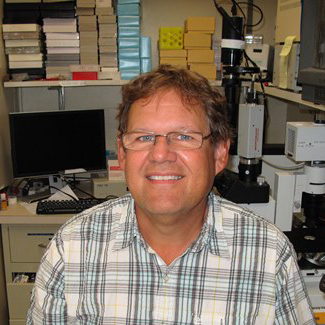 Dr. Jonathan Keller obtained his Ph.D. under the direction of James Ihle at George Washington University, where he characterized and purified interleukin 3, one of first growth factors identified that regulates hematopoietic stem cell development. He discovered that the proliferation of HSCs is balance by the action of negative growth regulators including transforming growth factor-β. He has a longstanding interest in the molecular and cellular regulation of hematopoietic cell growth and differentiation.