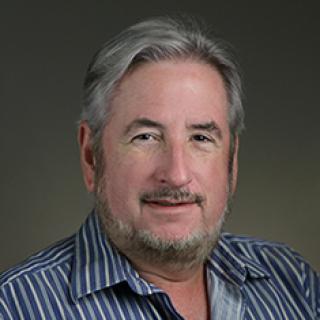 Dr. Ashwell's laboratory focuses on the mechanisms and consequences of intracellular signaling, primarily in T cell. Among the major approaches being taken to understand this important biological phenomenon are (1) characterization of the molecules and pathways involved in proximal T cell antigen receptor (TCR) signaling, (2) mechanisms and consequences of p38 activation in T cells via the ZAP-70-mediated "alternative pathway", and (3) studies of the biological importance of thymically-produced glucocorticoids in thymocyte antigen-specific selection and generation of the mature T cell repertoire.

Physiologic and Pathologic Regulation of Signaling in T Cells

We have found that T cells possess an alternative p38 activation pathway downstream of TCR signaling involving phosphorylation of a novel tyrosine residue (Tyr323) in a MAPKK-independent manner. We have found that GADD45a, a small adaptor protein, binds p38 and is a negative regulator of the alternative pathway. A genetic model in which Tyr323 of the two major p38 isoforms expressed in T cells has been replaced with Phe (double knockin, or DKI mice) has revealed an important role for T cell alternative p38 activation in autoimmune (e.g. collagen-induced arthritis and experimental autoimmune encephalomyelitis, EAE) and inflammatory diseases (e.g. pancreatic cancer).

How the molecular events regulated by the classical and alternative p38 activation in T cells differ, and how interfering with the latter might be of benefit in treating disease, are under investigation. c-IAP1 and -2 (Inhibitor of Apoptosis) are a family of molecules that contain a C-terminal RING domain that we previously showed confers ubiquitin protein ligase (E3) activity to these molecules. Many groups, including ours, subsequently found that c-IAPs regulate signaling downstream of many receptors, including TNFR and others in the TNFR superfamily. We have made mutant mice in which the E3 activation of c-IAP1 and c-IAP2 has been abrogated by a point mutation in the RING domain. We have found that the latter is pan-c-IAP insufficient because in addition to loss of it's endogenous E3 activity, the mutant c-IAP2 acts as a dominant negative for c-IAP1. We have found that the loss of c-IAP enzymatic activity results in spontaneous upregulation of non-canonical NF-kB signaling, resulting in cell intrinsic alterations of T and B cell differentiation and function. In particular, results in increases in total B cell, and in particular marginal zone B cell, number, resulting in a phenotype similar to that of human MALT lymphoma, a disease commonly associated with the loss of c-IAP2 RING domain.

The phenotype in T cells includes co-stimulation independence and aggressive responses to pathogens such as Toxoplasma gondii. Current studies are on the role of these ubiquitin protein ligases in generating and maintaining T cell memory. Glucocorticoids are widely used as immunosuppressive drugs and quite a bit is known about their actions when given at pharmacologic levels. Much less is known, however, about how endogenous glucocorticoids regulated immune and inflammatory responses. We have generated conditional glucocorticoid receptor (GR) knockout mice, and have found that elimination of the GR in T cells results in alterations in antigen-specific T cell selection in the thymus. The result is an altered T cell repertoire with lower affinity for 'self' MHC plus peptide, diminished allogeneic responses. and hyporesponsiveness to immunogens and viral pathogens. The lack of inhibition of T cells by stress-induced high levels of glucocorticoids resulted in paradoxical hyper-responsiveness to T. gondii, resulting in cytokine storm and increased morbidity and death. We are using these and other genetically altered mice we have created to further examine the role of endogenous glucocorticoids in thymocyte selection and adaptive and innate immunological responses, as well as to study the molecular mechanisms by which glucocorticoids regulate these events.

Thymocyte responsiveness to endogenous glucocorticoids is required for immunological fitness 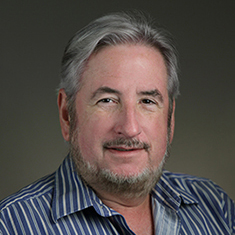 Dr. Ashwell received his M.D. from Columbia University College of Physicians and Surgeons. He trained in internal medicine at Presbyterian Hospital in New York City. Following a postdoctoral fellowship in immunology in the laboratory of Dr. Ronald Schwartz (National Institute of Allergy and Infectious Diseases, NIH). Dr. Ashwell joined the NCI as a principal investigator. He was named Chief of the Laboratory of Immune Cell Biology in 1992.