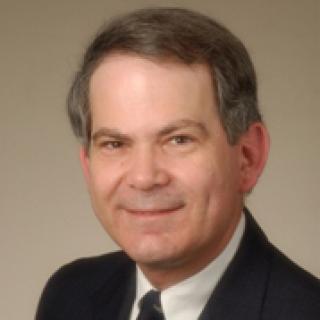 Our laboratory focuses on the role of oxidant-mediated signalling in cytokine-, growth factor- and drug-related alterations of tumor cell proliferation. We are particularly interested in how the generation of reactive oxygen species by the members of the NADPH oxidase gene family contributes to context-driven tumor initiation, progression, and metastasis. We are actively engaged in the development of novel small molecule inhibitors of these proteins both as chemical probes and as potential therapeutic agents. Our other active research focus is in the development of targeted anticancer drugs, beginning with the validation of novel pharmacodynamic assays that will be used to demonstrate proof-of-mechanism for these molecules. We employ new pre-clinical models to qualify these assays for use in phase 0, 1, and 2 clinical trials conducted in our early drug development clinic.

Because of our prior studies of the role of antioxidant defense systems in carcinogenesis and inflammation, we began to investigate the origins of pro-inflammatory oxidant stress in tumors and pre-malignant conditions. When these experiments were initiated, potential sources of oxidant production (beyond inflammatory cell infiltrates) in such conditions as pancreatitis or inflammatory bowel disease were not clear. In particular, it did not seem likely that mitochondrial or microsomal metabolism alone could account for the extent of the reactive oxygen production that could be measured in cultured tumor cells; furthermore, if additional sources of oxidant stress in tumors existed, it was unclear what they might be and how they were regulated. We have, therefore, focused our attention on identifying potential sources of reactive oxygen generation in cancer.

Our laboratory has made noteworthy observations regarding the presence, function, and regulation of members of a recently discovered family of NADPH oxidase genes in human malignancies; these oxidases (that generate superoxide and H2O2) appear to contribute significantly to the development of a proliferative, pro-angiogenic milieu both in tumor cells and in their associated microenvironment (Antioxid. Redox Signal. 20: 2873, 2014). The NADPH oxidase 1 isoform plays an essential role in colorectal inflammation, at least in the mouse (Free Rad. Biol. Med. 68: 315, 2014); the dual oxidase 2 isoform contributes to chronic pancreatitis in man (J. Immunol. 190: 1859, 2013); and inhibitors of these oxidases have therapeutic activity against human colon cancers both in vitro and in vivo (Free Rad. Biol. Med. 57: 162, 2013). Our investigations suggest that it might be possible to develop novel therapeutic agents capable of interdicting at least some clinical sources of pro-carcinogenic oxidant stress.

RNA Sequencing of the NCI-60: Integration into CellMiner and CellMiner CDB

The National Cancer Institute ALMANAC: A Comprehensive Screening Resource for the Detection of Anticancer Drug Pairs with Enhanced Therapeutic Activity

Translational research in oncology--10 years of progress and future prospects 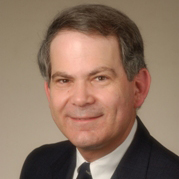 Dr. James H. Doroshow has been the Director of Division of Cancer Treatment and Diagnosis, National Cancer Institute, since 2004, and Deputy Director for Clinical and Translational Research of the National Cancer Institute since 2011. From 1983 to 2004, Dr. Doroshow was the Chairman of the City of Hope Comprehensive Cancer Center's Department of Medical Oncology and Therapeutics Research. From the time of his first research grant in 1980, Dr. Doroshow was continuously funded by NCI until he moved to the NIH in 2004. He is the author of over 400 full-length publications in the areas of reactive oxygen metabolism and oxidant signaling, anticancer pharmacology, and novel therapeutic approaches to solid tumors. Dr. Doroshow served from 1987-1992 as a member and then Chair of the NIH Experimental Therapeutics II Study Section; from1995-2001 as a member of the Subspecialty Board on Medical Oncology of the American Board of Internal Medicine; from 1999-2000 as Chair of NCI's Scientific Review Group A-Cancer Centers; from 2004-2007 as a member of the FDA's Oncologic Drugs Advisory Committee; and in 2013 as Co-Chair of the NIH Clinical Trials Working group. He is currently a member of the Institute of Medicine's Forum on Drug Discovery, Development, and Translation; an Associate Editor of the 5th Edition of Abeloff's Clinical Oncology (2014); and the Oncology Editor of the 25th Edition of the Cecil Textbook of Medicine (2015). Dr. Doroshow received his bachelor's degree, magna cum laude, from Harvard College in 1969 and his medical degree from Harvard Medical School in 1973. After completing an internship and residency in Internal Medicine at the Massachusetts General Hospital in Boston, he spent three years (1975-78) performing his fellowship in Medical Oncology on the Medicine and Clinical Pharmacology Branches of the NCI.