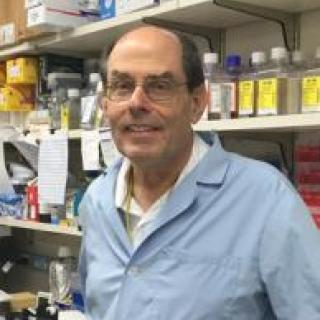 Howard Young has expertise in the regulation and characterization of cytokine gene expression with a special emphasis on interferons. The Young laboratory has as its major focus how disruption of the control of interferon-γ (IFN-γ) gene expression during development and maturation of the cellular immune system impacts the host inflammatory response and the development of autoimmune disease and cancer. His laboratory has developed a mouse model of chronic Interferon-gamma expression that results in at least 3 different autoimmune diseases resembling lupus, ovarian failure syndrome and primary biliary cholangitis. In addition the male mice exhibit a heart function defect after exercise, This model may provide new insight into the initiation and progression of these diseases and offer novel approaches to treatment.

The laboratory studies the development and maturation of the cellular immune system in mediating antitumor and anti-inflammatory immune responses in the context of chronic inflammation.. The general goals are to use cellular and molecular approaches to investigate the consequences of persistent exposure to interferon-γ (IFN-γ) and how it alters host physiology. To approach this question, we have generated a novel mouse model where a portion of the 3' untranslated region of the mRNA has been changed, resulting in a much more stable mRNA and this will now permit us to understand the consequences of persistent IFN-γ expression on the host. We have backcrossed this change onto the murine C57BL/6 and Balb/c genetic backgrounds and as a consequence have developed new mouse models for lupus, primary biliary cholangitis, ovarian failure syndrome and aplastic anemia. In addition we have now found that male mice may be more susceptible to developing myocarditis upon exercise.   These mice are characterized by low but chronic IFN-γ expression. As a result there is persistent upregulation of IFN-γ inducible genes, resulting in the development of autoimmunity. Overall, our studies represent a cellular and molecular analysis of the consequences of aberrant regulation of cytokine gene expression in lymphoid cells and the effects on the host physiology and immune system development and function. Our studies provide a basis for developing a more complete understanding of the effects of IFN-γ expression during the pathogenesis of autoimmune diseases, cancer and infection and offer a model system for developing treatments to prevent or block disease progression. 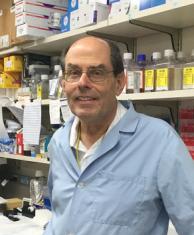 Dr. Howard Young obtained his Ph.D. in microbiology at the University of Washington and carried out postdoctoral research at the NCI under Drs. Edward Scolnick and Wade Parks. He was a member of the Laboratory of Molecular Immunoregulation at NCI from 1983 to 1989 prior to joining the Laboratory of Experimental Immunology in 1989. He was President of the International Society for Interferon and Cytokine Research (2004-2005) and served as Chair of the Immunology Division of the American Society for Microbiology. He has also served as Chair of the NIH Cytokine Interest Group and Co-Chair and then Chair of the NIH Immunology Interest Group. He is a three-time recipient of the NIH Director's Award for Mentoring (2000, 2006, 2018) and in 2006 he received the National Public Service Award.  He has also received the 2019 NCI Women's Scientist Mentoring Award and the ICIS Honorary Membership Award and Distinguished Service Award. He is also the inaugural recipient of the ICIS Mentoring Award.  He has been elected to the American Academy of Microbiology.  He is a member of the International Cytokine and Interferon Society, the American Society for Microbiology, the American Association of Immunology and the AAAS. 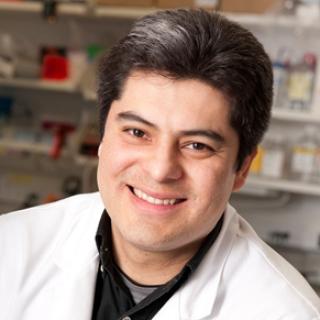