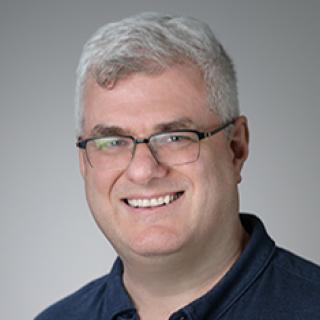 E. Michael Gertz trained as a numerical analyst in nonlinear optimization.  Since joining the National Institutes of Health, he has applied his education and training to solve complex  computational biology problems, specializing in sequence analysis, algorithms, linkage analysis of primary immune deficiencies, and bioinformatic analysis of amino acid substitutions in mutated genes.  He developed software of analysis of aneuploidy in tumors and tumor cell lines through multi-color FISH (fluorescence in-situ hybridization).  He contributed to the development on the BLAST (Basic Local Alignment Search Tool) software package for biological sequence analysis, and developed code to apply compositional based adjustment to translated database searches (TBLASTn).  While at NCBI, Michael received the NLM Regents Award for Scholarship and Technical Achievement, for his important contributions to the  molecular characterization of two previously unrecognized immune diseases–STK4 deficiency and LRBA deficiency–thus enabling patients with these diseases to be properly diagnosed. He has continued his study of the evolution of cancer within human tumors, and joined the Cancer Data Science Laboratory at NCI in September 2018. 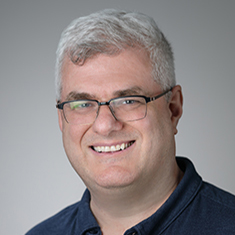 E. Michael Gertz received his B.A., M.A., and Ph.D. in Mathematics from the University of California, San Diego.  His advisor was Dr. Phillip Gill, and he specialized in numerical analysis and nonlinear optimization.  He completed post-doctoral research at Argonne National Laboratory and Northwestern University, where he studied interior-point methods for quadratic  and nonlinear programming.

E. Michael Gertz also had a lifelong interest in biology and the medical field, which led him to the National Center for  Biotechnology Information at NIH where he expanded applications of computational mathematics and computer science to interdisciplinary study of complex health problems, including rare immunologic disorders and the evolution of cancer within human tumors. He joined the new Cancer Data Science Laboratory in the Center for Cancer Research, National Cancer Institute, in September of 2018.