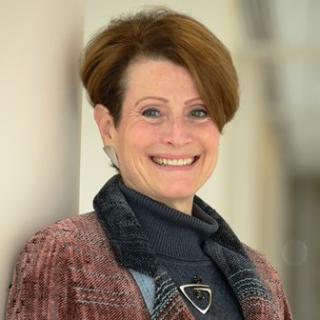 Dr. Singer's research program is focused on interrogating the regulatory networks governing transcription to generate an integrated understanding of the interplay between promoter elements and transcription complexes that establish appropriate regulation of gene expression across diverse cellular and tissue environments.

The long-term goal of our research program is to define the molecular mechanisms regulating gene expression. To that end, the lab focuses on three main areas: 1) analyses of the factors and regulatory mechanisms that govern transcription initiation; 2) core promoter architecture and function in constitutive and activated transcription; 3) the role of epigenetic regulation.

In recent studies, we discovered that BRD4, a bromodomain family member currently being tested as a therapeutic target in cancer and autoimmune diseases, is a RNA polymerase II kinase essential for transcription. Our studies demonstrated that BRD4 plays a critical role in regulating the early steps of transcription initiation, both through its direct phosphorylation of RNA polymerase II and its interactions with other components of the transcription machinery, including TAF7. These findings suggest novel ways in which BRD4 might be therapeutically targeted. Our studies have revealed the complex network of interactions that are necessary to ensure an orderly progression through each of the steps of transcription initiation. We continue to study the functions of these transcription factors.

Expression of MHC class I genes, which the lab studies as a model of genes subject to both tissue-specific and hormonal regulatory mechanisms, is regulated, only in part, by epigenetic mechanisms. Thus, nucleosomal occupancy does not regulate expression: the promoter is in an open conformation, independent of transcription. However, boundary element located 3 prime to the gene maintains the gene in a euchromatic conformation by protecting it from heterochromatinization. Ongoing studies are focused on characterizing additional epigenetic control mechanisms.

We continue to study, and integrate, each of these three areas to achieve a comprehensive understanding of MHC class I transcriptional regulation.

The Bromodomain Protein 4 Contributes to the Regulation of Alternative Splicing

Immature CD8 Single-Positive Thymocytes Are a Molecularly Distinct Subpopulation, Selectively Dependent on BRD4 for Their Differentiation

Implementing the Cancer Moonshot and beyond

BRD4 is a histone acetyltransferase that evicts nucleosomes from chromatin 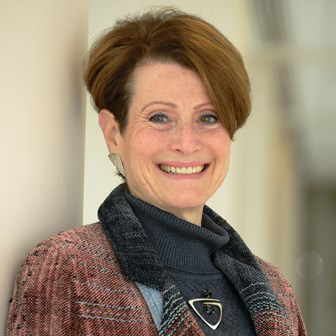 Dr. Dinah Singer has served as the Director of the Division of Cancer Biology (DCB), National Cancer Institute (NCI), National Institutes of Health (NIH), since 1999, while simultaneously serving as Senior Investigator and Chief of the Molecular Regulation Section of the Experimental Immunology Branch, NCI. In 2019, she was named NCI's Deputy Director for Scientific Strategy and Development. She came to NCI as a postdoctoral fellow in the Laboratory of Biochemistry after receiving her B.S. from the Massachusetts Institute of Technology and her Ph.D. from Columbia University. She serves on a number of scientific and advisory boards, is a member of the American Association of Immunologists and the American Association of Cancer Researchers, and has served as a Senior Science Officer at the Howard Hughes Medical Institute. Her research interests are in the areas of regulation of transcription, gene expression and molecular immunology. Dr. Singer serves in leadership positions on a variety of trans-NIH scientific and administrative committees, including NIH Common Fund initiatives. She has trained a large number of post-doctoral fellows, post-baccalaureate students and high school students who have gone on to successful scientific careers.