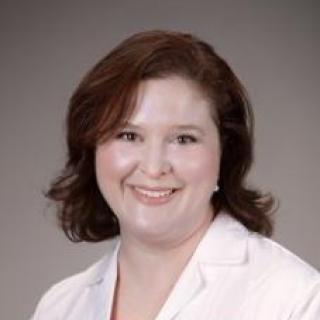 The Smart lab aims to define molecular pathways that lead to neurodegeneration and functional neuropsychological changes in response to CNS treatment with ionizing radiation as well as determine the molecular mechanisms that regulate the radiation response and radioresistance of brain metastases in order to improve current available therapies so that curative treatment is possible.

Ionizing radiation (IR) is a primary therapy for central nervous system (CNS) tumors, however the therapeutic benefit of IR is still greatly limited by the ability of normal brain tissue to tolerate this treatment. The microenvironment of the brain is regulated by specific barriers which include the blood-brain barrier (BBB), the integrity of which is critical to support normal neuronal processes. IR alters the structure and function of microvascular networks, and consequently, causes alterations in the cerebral microenvironment. When the BBB is disrupted, excess extravasation of proteins, biologic-response molecules (e.g. growth factors, cytokines, and clotting factors), inflammatory cells, and therapeutic drugs can damage the brain. The long term sequelae of cranial irradiation and its effect on hearing loss, cognitive dysfunction, and memory deficits produced in this manner are well documented. Therefore, it is crucial to understand not only the effect of IR on tumor cells, but also the differential effects of IR on tumor vasculature, intact cerebral microvasculature, and healthy brain parenchyma as well as how microenvironment alterations may affect the clinical efficacy of radiation treatment and development of late toxicities.

Sirtuins are a class of histone deacetylases which have purported roles in angiogenesis, oxidative stress response, and carcinogenesis. Preliminary studies have suggested that multiple isoforms of sirtuins are upregulated in response to IR. They may represent novel potential therapeutic vascular targets for pharmacologic intervention and/or radiation modification and may possibly provide a mechanism for vascular collapse in tumors. Preliminary evidence suggests that mitochondrial proteins in cerebral microvasculature, such as SIRT3, may regulate endothelial integrity following exposure to IR. Additionally, sirtuins have been found to be crucial in mediating the oxidative stress response in animal models of neuronal degeneration, producing dementia and Parkinsonian phenotypes, similar to the late-effects of IR-induced accelerated neuronal degeneration response in patients. Therefore, we hypothesize that sirtuin isoforms play a role in biochemical processes in neurons and/or astrocytes by which ionizing radiation produces neurotoxic effects.

The ultimate goal of this investigation is to correlate these findings in patients with neurocognitive assessment and functional imaging and determine if targeted pharmacologic therapies produce a gain in the therapeutic ratio of IR. To address this need, we hope to develop clinical protocols which quantitate the functional effects of IR using standard and hypo-fractionated regimens on diseased and normal CNS, and determine if pharmacologic modulators of pathways activated by sirtuins mitigate the negative neurocognitive sequelae of IR.

Re-irradiation for recurrent glioma- the NCI experience in tumor control, OAR toxicity and proposal of a novel prognostic scoring system 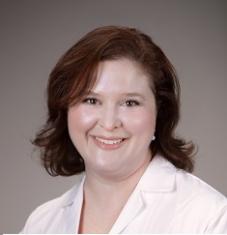 Dr. Smart completed her medical and graduate education in 2003 at the Medical College of Georgia, followed by a year as a Cancer Research Training Award (CRTA) post-doctoral fellow at the NCI Radiation Oncology Branch under the mentorship of Dr. David R. Gius. She then completed an internship in Internal Medicine at Thomas Jefferson University Hospital in Philadelphia, Pennsylvania, followed by Radiation Oncology residency at the National Capital Consortium Hospitals/NCI. After completing her training in 2009, she became an Assistant Clinical Investigator in the NCI's Radiation Oncology Branch with a clinical focus on CNS primary tumors and brain metastases and their treatment with stereotactic radiosurgery, as well as late neurocognitive sequelae of radiation. Her scientific pursuits focus on CNS sirtuins in radiation-induced vascular permeability and neurodegeneration, as well as targeted therapies and radiation enhancing agents for the treatment of cerebral metastases.