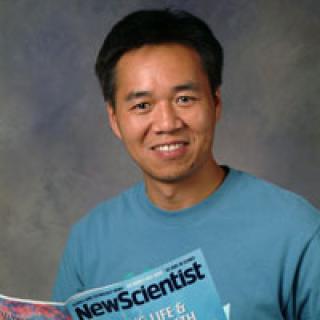 My current research on alarmins focuses on three major areas: 1) identification of additional alarmins, 2) elucidation of the mechanism(s) by which various alarmins chemoattract and activate dendritic cells (DCs), and 2) testing the potential use of alarmins as adjuvants for experimental tumor immunotherapy.

The immune system relies on the highly orchestrated action of many cellular and humoral components to maintain homeostasis and to fend off immunologic non-self intruders. An intact layer of epithelium and skin acts as a mechanical barrier to separate the inner environment of an individual from the outside environment. When this barrier is breached due to injury or infection non-self substances, including microorganisms, enter the host and immediately trigger innate immune responses, including generation and/or mobilization of humoral mediators (e.g., cytokines, chemotactic factors, antimicrobial peptides, complements, lipid metabolites, etc.) and phagocytes (e.g., granulocytes, monocytes/macrophages, and dendritic cells). These responses not only function to limit or eliminate non-self substances, but also set the stage for subsequent induction of adaptive immune responses by ensuring the transfer of antigenic information to naive lymphocytes through promoting the activation of antigen-presenting cells, particularly dendritic cells (DCs).

Induction of adaptive immune responses results in the generation of antigen-specific antibodies and effector T cells, which contribute to the elimination of non-self substances, and to immunological memory. Antimicrobial peptides (AMPs) are endogenous peptides and proteins with a direct anti-microbial effect. Chemotactic factors, including classic chemoattractants and chemokines, control the directional migration of cells (including leukocytes) using G-protein-coupled seven-transmembrane domain receptors (GPCRs).

Studies in the last couple of years have established that many AMPs, such as defensins, cathelicidins, eosinophil-derived neurotoxin and high-mobility group proteins, are chemotactic for various leukocytes while many chemokines exhibit a direct anti-microbial effect. In addition, certain AMPs and chemokines have been demonstrated to have the capacity to induce DC maturation and to enhance antigen-specific immune responses in mouse models.

Our team has proposed to classify those endogenous mediators with dual DC-recruiting and activating effects as 'alarmins' and we have hypothesized that alarmins may play critical roles in alerting the adaptive immunity by enhancing the induction of antigen-specific immune responses through promoting antigen uptake, processing and presentation. Our team believes that the extensive investigation of alarmins, including their number, generation, and mode of action, will help elucidate their roles in immunity, with the hope of modulating immune responses using alarmins as targets. My current research on alarmins focuses on three major areas:

A role for neuronal alpha-synuclein in gastrointestinal immunity 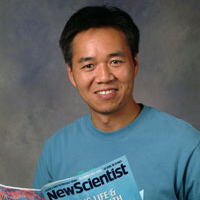 Dr. De Yang obtained his M.D. from the School of Medicine, Sichuan University Huaxi Medical Center (formerly known as West China University of Medical Sciences), Chengdu, China, in 1987. From 1988 to 1990, Dr. Yang was appointed as an assistant professor at the Department of Immunology and Microbiology of Sichuan University Huaxi Medical Center. In 1991, Dr. Yang went to Teikyo University, Tokyo, Japan, where he studied the roles of TNF and IL-1 in inflammation and cancer with Prof. Masatoshi Yamazaki. Dr. Yang moved to Nagoya City University, Nagoya, Japan, where he investigated the mechanism(s) by which IL-1 exerts its growth-arresting effect on human melanoma cells with Prof. Kikuo Onozaki, and obtained his Ph.D. in 1996. From 1996 to 1998, Dr. Yang worked as a postdoctoral fellow with Prof. Yoshiro Kobayashi in the Laboratory of Molecular Immunology at Toho University, Chiba, Japan, dissecting the contribution of genes in the sensitization and elicitation phases of delayed-type hypersensitivity reaction by profiling their temporal expression in infiltrating leukocytes. Dr. Yang joined the Laboratory of Molecular Immunoregulation in 1998, and has since been studying the roles of antimicrobial peptides (AMPs), chemotactic factors, and dendritic cells (DCs) in innate and adaptive immunity and the underlying mechanisms.