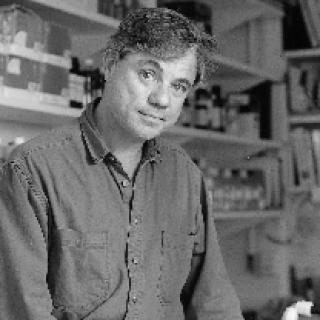 The embryonic cell surface signaling protein, Cripto-1, is re-expressed at a high frequency in a number of different cancers, including non-small cell lung carcinomas (NSLC). Dr. Salomon helped to develop a toxin-conjugated humanized monoclonal antibody (Mab) against Cripto-1 as an initial step in developing a targeted therapeutic for NSLC patients. This Mab (BIIB015) was then evaluated for therapeutic efficacy in a Phase II clinical trial. Dr. Salomon was involved in the initial discovery of the mouse and human Cripto-1 genes and in the characterization of the biological activities associated with this family of proteins that function as co-receptors and chaperones for different embryonic signaling pathways such as Nodal, Wnt and Notch, which are essential in the generation and maintenance of embryonic and cancer stem cells.

The Tumor Growth Factor Section studied the biology of novel epidermal growth factor (EGF)-related peptides such as amphiregulin (AR), heregulin (HRG), and cripto-1 (CR-1) and their relationship to the pathogenesis of breast and colorectal cancer. Our laboratory found that several of these growth factors, such as TGF-alpha, AR, and CR-1, are differentially overexpressed in a majority of primary human breast and/or colorectal tumors and in premalignant lesions in these tissues relative to normal, noninvolved mammary or colonic epithelium. We found that the expression of TGF-alpha, AR, and HRG can be upregulated by specific oncogenes such as an activated c-Ha-ras gene or by an overexpressed c-erb B-2 gene and can function as autocrine growth factors for these oncogene-transformed mammary and colonic epithelial cells. We also found that expression of TGF-alpha and AR can be enhanced by estrogens and can be decreased by antiestrogens such as tamoxifen in malignant human mammary epithelial cells.

The human (CR-1) and mouse (Cr-1) cripto-1 genes code for cell-associated, GPI-linked glycoproteins in the EGF-CFC family. EGF-CFC genes perform an important role during early vertebrate development. We showed that overexpression of CR-1 and Cr-1 is found in several types of cancer in mice and humans, including mammary carcinomas. Cripto-1 in mouse or human cells can function as a co-receptor with the Activin type I receptor ALK4 for the TGFbeta-related protein Nodal. In conjunction with Nodal, cripto-1 can stimulate Smad-2 phosphorylation and activation of transcription of luciferase reporter constructs containing a Smad binding element (SBE). However, activation of MAPK, PI-3 K and Akt can also be induced by CR-1 through a Nodal- and ALK4-independent pathway involving the binding of soluble or GPI-linked CR-1 to Glypican-1, a GPI-linked, membrane-associated heparan-sulphate proteoglycan. Binding of CR-1 to Glypican-1 occurs through the heparan-sulphate glycosylaminoglycan side chains and results in the activation of c-src in lipid rafts. Inhibition of c-src activity interferes with the ability of CR-1 to activate MAPK and Akt and significantly impairs the capacity of CR-1 to induce soft agar growth and cell migration in mouse mammary epithelial cells.

We previously demonstrated that overexpression of CR-1 in mouse mammary epithelial cells can induce an epithelial-mesenchymal transition (EMT) and branching morphogenesis in vitro which can be blocked by MAPK or PI-3 K inhibitors, suggesting that Glypican-1 and c-src may also be involved in regulating these processes. These in vitro effects of CR-1 may be relevant and comparable to the in vivo phenotype that is observed in the mammary gland of FVB/N transgenic mice that overexpress an MMTV-CR-1 transgene. Nulliparous MMTV-CR-1 mice from the highest expressing line exhibited enhanced dilation of the mammary ducts with aberrations in TEB structures that were associated with an increase in lateral ductal branching, intraductal hyperplasia and stromal condensation. Multiparous MMTV-CR-1 females developed multifocal hyperplastic lesions and approximately 40% of these animals after four to five pregnancies developed papillary adenocarcinomas. Expression of several mesenchymal markers that are indicative of EMT were significantly elevated in either the hyperplasias and/or adenocarcinomas relative to their expression in the virgin or pregnant mammary gland of control FVB/N mice including vimentin, focal adhesion kinase (FAK), integrin-linked kinase (ILK), N-cadherin and Snail while epithelial markers such as E-cadherin and cytokeratins were reduced. The mammary phenotype of MMTV-CR-1 mice resembles the phenotype in the mammary gland found in MMTV-Wnt-1, -beta-catenin and -ILK mice.

Breast and Colon Carcinomas: Detection with Plasma Levels of Cripto-1 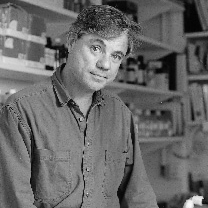 Dr. Salomon obtained his Ph.D. degree from the State University of New York at Albany. He was a postdoctoral fellow at the Roche Institute of Molecular Biology in Nutley, NJ, and spent six years as a staff fellow at the Laboratory of Developmental Biology, National Institute of Dental Research. As head of the Tumor Growth Factor Section, he studied the interaction of growth factors and oncogenes in the etiology of breast and colon cancer.

Dr. Salomon retired as a Senior Investigator in 2016 and is now an NIH Scientist Emeritus.