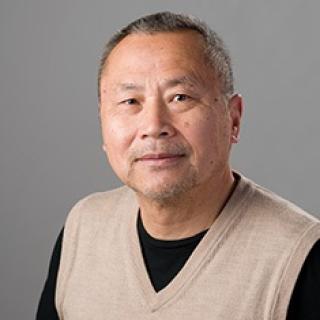 My research interests include developing new methods and software to push the resolution limit for single particles and protein crystals, and cryo-electron tomography (cryo-ET).

I created the tilt series electron diffraction data collection methods and new software to calculate the lattice of thin 3D protein crystals as my first challenging project after transferring from material science to cryo-EM in the 1990s. While working at the NCI from 2000-2011, I collected near-atomic resolution data of a single particle and 2D membrane crystals using cryo-EM, and I developed a new method for 3D data collection from full cells and tissues using FIB/SEM.  Developing MicroED, a hybrid method of extremly low-dose cryo-EM and X-ray crystallography, has been my main focus since 2013.  This method has been applied to sub-Ångstrom resolution structure determination of the peptide crystals of amyloids.

Structure of the toxic core of α-synuclein from invisible crystals 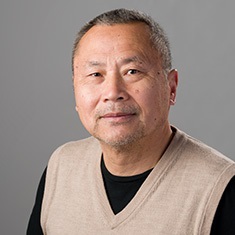 Dr. Shi grew up in the city of Changsha, Hunan Province, China. He attended Nanjing University, majoring in physics, and received his Ph.D. in material sciences from the Chinese Academy of Sciences. In 1992, he joined Dr. David L. Stokes' laboratory at the University of Virginia to begin his career in cryo-EM, working on developing a new data collection method and software for solving the structure of Ca2+-ATPase in thin 3D crystal. Dr. Shi worked in Dr. Sriram Subramanian's laboratory at NCI from 2000 - 2011, where he collected high resolution 3D data from samples ranging from single particles to tissues using cryo-TEM and FIB/SEM.  He also maintained all of the microscopes in the lab and trained new users.

From 2011 to 2018, Dr. Shi worked in Dr. Tamir Gonen's laboratory at the HHMI's Janelia Research Campus as a Senior Scientist. While there, he helped to develop a new structural biology tool, MicroED, which can solve a protein crystal structure at sub-Ångstrom resolution.