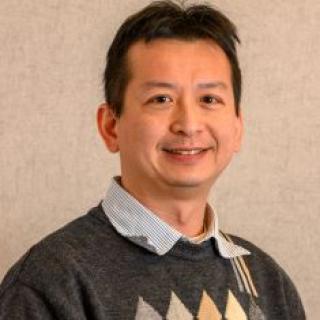 “Grow and re-grow” is the main theme of Dr. Huang’s research interest. Morphogenesis has robust mechanisms to ensure the correct appearance and function of tissues/organs. Strikingly, the regenerated tissues/organs in regenerable animals, such as zebrafish, lizards and axolotls, retain original morphology, pattern and size, suggesting that the same mechanisms are re-deployed during the process of regeneration. He uses the embryonic mouse limb as a model to unveil the mechanisms behind the developmental process and is seeking its potential application for future regenerative medicine. Approaches used in this study include pharmacological manipulation of cell signaling in micromass and organ culture, and mouse mutant and reporter line crosses, coupled with confocal imaging and transcriptomic analysis.

Limb mesenchymal cells maintain their undifferentiated status under the protection of FGF signaling at the Apical Ectodermal Ridge (AER). Once they leave the influence of FGF signaling, together with other surrounding signaling, these progenitor cells can differentiate into chondrogenic, tendon/ligament or joint cell lineages and begin cartilage formation in a proximal to distal manner. It has been proposed that Phalanx Forming Region (PFR) cells residing at a restricted distal digit tip underneath AER contribute to digit elongation. Therefore, digit tips serve as a good in vivo model to study how multipotent progenitor cells transit into other differentiated cell lineages and how cells respond to environmental signaling inputs. Previously, I used mutant mouse models to investigate the genetic mechanism by which 5’Hoxd genes (Hoxd11-d13) and Gli3 control digit joint-phalanx  patterning in the mouse embryo (~E12.5). Using genetic approaches, I found that the level of interdigital 5’Hoxd-Gli3 balance determines early onset Bone Morphogenic Protein (BMP) activity in digit tip PFR cells and, consequently, controls joint-phalanx formation non-autonomously from interdigital tissues. In contrast to the proposed model that interzone (early joint) are specified within condensed cartilages, we proposed a periodic joint-phalanx forming model and postulated that Gdf5 expression in the interzone acts as a barrier to counteract further Noggin action. Additionally, relative amounts of 5’HOXD vs GLI3 at interdigital tissues correlate to the number of digital phalanges in mouse and chick.

1. Understand the interaction of FGF, BMP and WNT signaling pathways in controlling digit growth.  FGF, BMP and WNT signaling are three major active signals present at distal limbs at the phalanx forming stage. FGF signaling maintains mesenchymal cell survival, together with WNT signaling.  It keeps cells at undifferentiated status. However, during chondrogenesis, high WNT signaling enhances ossification. BMP signaling promotes cartilage and bone formation and initiates interdigital programmed cell death. At the molecular level, BMP mediators, SMADs, can be phosphorylated at the linker region by GSK3 and ERK kinases and, consequently, are led to ubiquitination and followed by degradation in early Xenopus embryos. It is unclear how BMP response is finely tuned by WNT and FGF signaling in digit tip progenitor cells and how progenitor cells maintain multipotency since they are surrounded by high BMP activity. Ectopic beta-CATENIN activity can induce Gdf5 expression and has been suggested to be required for joint formation through counteracting SOX9 function. WNT signaling can stabilize beta-CATENIN through inhibiting GSK3beta activity. It is noteworthy to consider the different outcomes that result from switching of down-stream branches in WNT signaling in cartilage, joint and bone formation.

2. Characterize and test the pluripotency of distal digit-tip mesenchymal cells.  It has been well established that mesenchymal stem cells (MSCs) are able to differentiate into chondrocytes in vitro under customized differentiation conditions. However, the cultured cells present a heterogeneous population. The characterized cultured chondrocytes rely on limited cell markers. It is unclear whether the in vitro chondrogenesis process mimics the endogenous process and what other intermediate-state cell populations are present in between. In order to improve the usage of in vitro MSC differentiated cell lineages in future regenerative medicine, it is necessary to establish in vivo tissue-specific differentiation atlases and discover more markers to define the intermediate cell populations. The digit tip region serves as a good source to build this atlas since the differentiation process is restricted to a small area.

Evolutionary developmental biology: Use it or lose it 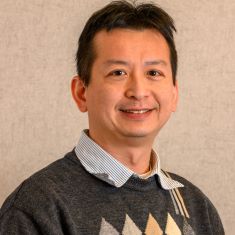