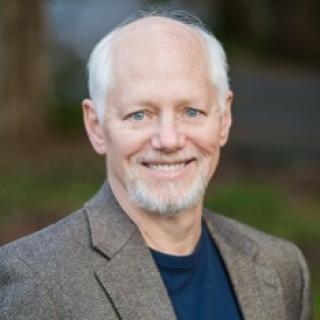 The ubiquitin-proteasome system (UPS) comprises a highly complex, finely tuned, set of mechanisms that determines the fate and function of proteins, and which regulates essentially all cellular processes. The most well-known function of ubiquitin is to target proteins to the 26S proteasome for degradation. Ubiquitination also affects the trafficking of proteins within the cell, activates signal transduction pathways, modulates gene expression, and plays critical roles in DNA repair.

This hierarchical system includes a predominant ubiquitin-activating enzyme (E1), over 35 different ubiquitin conjugating enzymes (E2s) and more than 600 substrate-specific ubiquitin ligases (E3s). Each E3 interacts with one or more E2 that has been ‘loaded’ with ubiquitin and mediates the transfer of ubiquitin to substrates where stable isopeptide linkages are formed and, in many cases, ubiquitin chains are generated. Ubiquitination is potentially reversible through the activity of ~100 cellular deubiquitinating enzymes (DUBs).

Our lab is interested in E3s and interacting E2s, their substrates, and DUBs that interact with E3s or specific substrates. As a mechanism-oriented lab, we explore structure-function relations and relate our findings back to physiology and disease. Integrated into this is an interest in applying our knowledge to establishing proof of principle for new therapeutic modalities for cancer and other diseases.

Most prominent among ubiquitin ligase are the large family of RING finger E3s that recognize E2s through their Zn-coordinating RING domains, which we had discovered to be ligase domains (Lorick et al. 1999). Some members of this family have a variety of other regions that modulate activity, including novel secondary sites of E2 binding, which we have characterized (Das et al. 2009; Metzger et al. 2013; Li et al. 2015). Ongoing studies are oriented towards determining the roles played by these E2 binding regions in E3 activity, with an eye toward developing novel therapeutics. These studies are carried out integrating biochemical, biophysical, and cell biological approaches and are facilitated by close collaboration with our structural biology colleagues in Frederick.

A major area of interest is in understanding the mechanisms responsible for degradation of proteins by ubiquitin-mediated ERAD (endoplasmic reticulum-associated degradation). ERAD represents a major mechanism whereby misfolded and unassembled proteins are targeted for degradation and also plays important roles in responses to ER stress and in regulating critical regulatory proteins in the ER.

We have characterized the ERAD E3 gp78 (aka AMFR, RNF45) and its cognate E2, UBE2G2 (Chen et al. 2006; Tiwari et al. 2001) and determined that, in sarcoma xenografts, gp78 plays a causal role in survival of metastatic cancer cells, in part by targeting a metastasis suppressor protein for proteasomal degradation (Tsai et al., 2007). This is important not only because of its potential therapeutic implications, but also as it establishes a new level of regulation of metastasis suppressors, through control of protein stability.

We continue to study the molecular bases for the relationship between gp78 and metastasis through analysis of different tumor types, particular breast cancers, using mouse models that we have established. These studies are being carried in parallel with studies with our collaborators who have curated large cohorts of patient tumor samples, allowing us to establish important clinical correlations and to begin to assess the relationships between gp78, breast cancer aggressiveness, and race. Related studies are examining the roles of the ubiquitin system in ER stress responses, lipid biosynthesis, and the innate immune response. All of these processes relate back to malignancy, the cellular response to infectious diseases, and other disorders.

The Ubiquitin System in Mitochondrial Regulation

Our studies on ubiquitination at membrane-bound organelles have expanded from the ER to mitochondria. We provided the first unequivocal evidence for a crucial role for ubiquitination in regulating a critical component of the mitochondrial fusion machinery, the yeast mitofusin Fzo1p, and determined that regulated degradation of Fzo1p is integral to fusion in yeast (Cohen et al., 2008, Cohen et al., 2011). This led to an expansion of studies to mammalian mitochondria. We subsequently established the existence of a  novel pathway linking genotoxic stress to phosphorylation, ubiquitination and proteasomal degradation of human mitofusin 2, which leads to mitochondrial fragmentation and apoptosis (Leboucher, Tsai et al., 2012). Recently completed (Metzger et al. 2020), and ongoing studies in mammals and yeast are oriented towards elucidating mitochondrial quality control pathways and understanding the role of the ubiquitin-proteasome system in the degradation of mitochondrial proteins from each of the compartments of mitochondria. These studies are also leading to new insights into the roles and regulation of endogenous mitochondrial proteases.

The Ubiquitin System and Bacterial Toxins

Our lab is playing a leading role in establishing the importance of the ubiquitin system in the relative stability of botulinum neurotoxins, where we provided molecular explanations for the differential persistence of various serotypes (Tsai et al. 2010, Tsai et al. 2017). Ongoing studies are both continuing along this vein and are also oriented towards developing, together with our collaborators, novel approaches to neutralizing these toxins and enhancing their degradation. 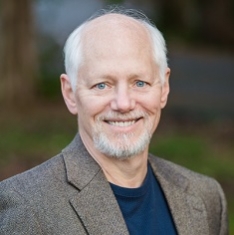 Dr. Allan Weissman earned his B.S. from Stony Brook University in 1977 and his M.D. from Albert Einstein College of Medicine in 1981. After a residency in Internal Medicine at Washington University, he came to NIH where he was a post-doctoral fellow in NICHD where, among other things, he cloned and characterized the zeta subunit of the T cell antigen receptor. In 1989, he joined the NCI as an independent investigator. In 2001 he was appointed Laboratory Chief and is currently the Chief of the Laboratory of Protein Dynamics and Signaling.  Dr. Weissman is an elected member of the American Society for Clinical Investigation and the Association of American Physicians.