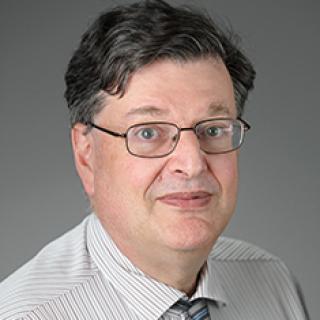 Alejandro Schäffer trained to be a Computer Scientist focusing on the design, analysis, and implementation of combinatorial algorithms. Since joining the National Institutes of Health, he broadened his knowledge about genetics, immunology, and cancer by practical experience on dozens of collaborative projects, specializing in the analysis of sequence data and genetic marker  data. At the National Cancer Institute (NCI), he is privileged to combine these disciplines and privileged to work under the guidance of Dr. Eytan Ruppin (Chief of the Cancer Data Science Laboratory) to analyze cancer data.

Dr. Schäffer is best known for leading the development of the genetic linkage analysis package FASTLINK and for doing the implementation of the PSI-BLAST module of the  sequence analysis package BLAST. The paper first describing PSI-BLAST, along with  other algorithmic improvements to BLAST published in 1997, is one of the 100 most cited scientific papers of all time. He has also carried out genomic data analysis as one member of large teams doing medical genetics studies, especially studies identifying genes, such as TNFRSF13B, HAX1, STK4 and IL21R that, when mutated, cause human primary immunodeficiencies.

In 1999, Dr. Schäffer co-authored one of the first papers in tumor phylogenetics, now an active area of research in cancer genetics.  More recently he has been collaborating with Russell Schwartz at his alma mater, Carnegie Mellon, on newer problems in tumor phylogenetics. During 1998-2018, Dr. Schäffer had the opportunity to learn about some of the exciting research at NCI, by collaborating with the NCI laboratories/branches of Thomas Ried, Richard Simon, and Stephen O’Brien on cancer modeling and cat genomics, while formally working at the National Center for Biotechnology Information. Therefore, in 2018, he was suitably informed and excited to accept the offer to transfer to Dr. Ruppin’s Cancer Data Science Laboratory in NCI. 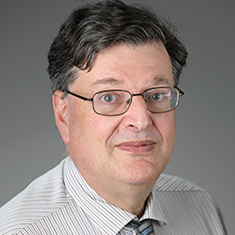 Alejandro Schäffer was born in Montevideo, Uruguay. He was extremely fortunate to emigrate with his parents to the United States before the period of military rule in Uruguay (1973-1985) when freedom of expression and scientific activities were repressed by the Uruguayan government. He received his B. S. in Applied Mathematics and his M.S. in Mathematics from Carnegie Mellon University in 1983.  At Carnegie Mellon, his mentors were Jon Louis Bentley in theoretical computer science and Rick Rashid in computer systems. From Prof. Bentley, he learned the paradigm to view every problem in research and every problem in life as an algorithms problem. From Prof. Rashid, he learned about the potential and complexity of distributed systems. Dr. Schäffer received his Ph.D. in Computer Science from Stanford University in 1988, focusing on algorithms and theoretical computer science; his advisor was Christos Papadimitriou.  In 1992, he switched his research focus to software for genetics. Dr. Schäffer has been a Computer Scientist at the National Institutes of Health since 1996, first at the National Center for Human Genome Research which became the National Human Genome Research Institute during 1996-1998, second at the National Center for Biotechnology Information 1998-2018, and currently at the new Cancer Data Science Laboratory in the National Cancer Institute, Center for Cancer Research. since October 2018.