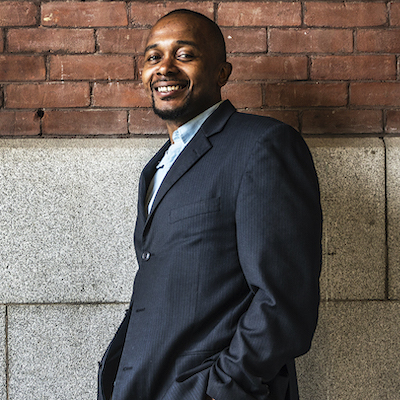 Brandon Ogbunu, Ph.D., recalls the time he spent studying gene regulation in Susan Gottesman’s lab.  Ogbunu wants to understand how complex biological systems—particularly those that influence human disease—interact and change. As an Assistant Professor of Ecology and Evolutionary Biology at Yale, he is addressing fundamental questions about evolution while he investigates how pathogens become resistant to drugs and the factors that influence the spread of epidemics. He works at the intersection of genetics, mathematics, computational biology, and microbiology to expand our knowledge of evolutionary biology and ultimately improve public health.

In 2001, Ogbunu was working toward an undergraduate degree in chemistry and mathematics at Howard University in Washington, D.C. He had already spent a year working in a chemistry lab at the University of California, Berkeley, and he was ready to delve more deeply into the life sciences in preparation for a career in biology or biomedicine. So he reached out to contacts at NIH who he had interacted with as a participant in its Undergraduate Scholarship Program. The program supports students from disadvantaged backgrounds who are committed to careers in health-related biomedical, behavioral, and social science research, offering both scholarship funds and research training.

Staff with the program connected Ogbunu with Dr. Gottesman. Ogbunu joined her team, organizing his course schedule so he could spend several days in the lab each week, and continuing on for the summer research component of the scholarship program. Gottesman, now an NIH Distinguished Investigator, is a pioneer in the field of biologic regulation. Ogbunu recalls being welcomed immediately into her group, where he worked closely with staff scientist Nadim Majdalani, Ph.D., studying how small, gene-regulating RNA molecules are themselves regulated.

The work, done in E. coli bacteria, was Ogbunu’s first exposure to genetics and an opportunity to explore microbiology more rigorously than he had previously. “The experience very obviously changed my life and career,” he says. “I started reading about microbes. I read about malaria, tuberculosis, and antibiotic resistance. It was from there that I got interested and inspired.” Likewise, Ogbunu says Gottesman encourage his inclination to frame biological problems in evolutionary terms. “You could see the evolution at work in what we were studying, even though we weren’t studying the evolution of it,” he says. Later, Ogbunu would pursue those interests as a Fulbright Scholar studying malaria in Kenya, as a graduate student in microbiology at Yale, and ultimately in his own lab.

Ogbunu was energized by his time on the Bethesda campus, where he soaked in all the knowledge he could. He recalls it being a particularly vibrant time to be involved in genetics research, because the first draft of the human genome had just been completed. While at NCI, Ogbunu attended seminars in a wide range of disciplines and met established scientists and other trainees, forming connections that he says still influence his career today. “With the breadth of the research, the kindness of the people, and how hard working and generous people are with their time, the NCI is a great place to train as a junior scientist,” he says.