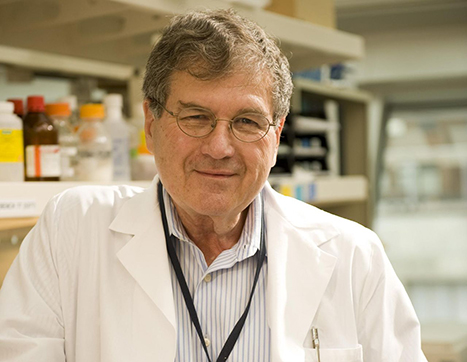 George made many important contributions to the current understanding of the molecular biology of cancer. His laboratory was the first to determine the structure and enhancer function of proviral long terminal repeats and the first to demonstrate that a normal cellular protooncogene could be activated as an oncogene. In 1984, George discovered the human MET oncogene, a groundbreaking therapeutic target now utilized in personalized therapies for many aggressive cancers. In addition to numerous basic scientific discoveries, his laboratory also generated novel tools to help with drug development. George was elected to the National Academy of Sciences in 1993.

George graduated from Rutgers University with an M.S. in 1962 and a Ph.D. in 1964. He was a postdoctoral fellow at the United States Department of Agriculture Plum Island Animal Disease Center from 1964 to 1972. He joined NCI in 1972 as head of the Human Tumor Studies and Virus Tumor Biochemistry sections and was appointed chief of the Laboratory of Molecular Oncology in 1980.

He was also a visionary builder of highly productive research programs. For 15 years, George served as director of the ABL-Basic Research Program at NCI’s Frederick Cancer Research and Development Center. In 1995, he first served as special advisor to the NCI director, and then as director of the Division of Basic Sciences. George spearheaded the Annual Meeting on Oncogenes at Hood College from 1985-2004, providing an annual venue for young scientists to present their work and interact with senior researchers from all over the world to enhance and advance their budding careers.

In 1999, George became the founding research director of Van Andel Research Institute, an independent organization in Grand Rapids, Michigan, that embraced novel approaches to biomedical research and science education. In 2009, he stepped down as director and assumed the title of distinguished scientific fellow, emeritus, retaining his role as head of the Laboratory of Molecular Oncology.

Through the course of his career, George mentored many postdoctoral fellows, students and visiting scientists, and his laboratory has published over 300 research articles.

“George used a visionary approach to mentor new postdocs, refraining from just handing us a project or just telling us what to do,” recalls Ira O. Daar, Ph.D., Chief of the Cancer and Developmental Biology Laboratory and former postdoctoral fellow who trained with George. “Instead, he guided his trainees toward thoughtful consideration about what directions are important in science and what questions need to be addressed and resolved. I was never so thrilled as the day George would indicate that a project was well thought out and received the ‘thumbs up’ to proceed. In the many years that have followed, I have tried to convey the lessons that I learned from my amazing mentor to my ‘scientific progeny.’”

George was also a devoted spouse and father. Together, he and his wife Dorothy ‘Dot’ ran Stoneridge Farm in Berryville, Virginia, where they raised their four daughters (Susan, Gail, Cindy and Alice) along with their famous Simmental cattle.

George’s science, his leadership and his collegiality will be sorely missed by many.