Dr. Byrd has been prominent in developing NMR-based structural biology for the study of proteins, nucleic acids, polysaccharides, and protein complexes. Current research focuses on deciphering allosteric mechanisms in the ubiquitination pathway regulating protein degradation/homeostatis and the roles of ADP ribosylation factors and GTPase activating proteins in regulating membrane trafficking. Dr. Byrd served as Chief of the Structural Biophysics Laboratory from 1999-2017 and continues as Head of the Macromolecular NMR Section. His group contributes to the development and impact of structural biology within the CCR and conducts an active, multidisciplinary research effort utilizing biophysics and NMR spectroscopy to provide mechanistic understanding of complex biological processes.

The Structural Biophysics Laboratory (SBL) focuses on solution structural biology and biophysics aimed at understanding and regulating the mechanism of action of proteins and nucleic acids. The major structural tool for the SBL is nuclear magnetic resonance (NMR) spectroscopy, and the Laboratory has a very strong interdisciplinary approach to understanding biochemical and biological mechanisms. Technologies incorporated in the research program include solution X-ray scattering, fluorescence and circular dichroism spectroscopy, mass spectrometry, calorimetry and novel binding methodologies including SPR and microscale thermophoresis. Research in the Byrd laboratory (Macromolecular NMR Section) focuses on protein-protein interactions in the ubiquitin-proteasome regulation pathway and the area of ADP-ribosylation factor (Arf) family of GTP-binding proteins and their regulators, the Arf GTPase-activating proteins (Arf GAPs). We seek to provide detailed structural and mechanistic insight, which we combine with collaborations in molecular and cell biology to inform and modulate biological function

Dr. Byrd received his Ph.D. from the University of South Carolina, specializing in high-resolution biomolecular NMR. He was a postdoctoral fellow and subsequently a research officer in the Molecular Biophysics Laboratory of the National Research Council of Canada, where he investigated biological membranes by solid-state NMR. Following a period as a senior investigator at the Center for Drugs and Biologics/FDA, he established the Macromolecular NMR Section of the ABL-Basic Research Program at the NCI-Frederick in 1992. He chaired the Experimental NMR Conference in 1992 and co-chaired the International Conference on Magnetic Resonance in Biological Systems in 1996. Dr. Byrd served as Chief of the Structural Biophysics Laboratory in the Center for Cancer Research, NCI from 1999-2017. He has served on multiple drug discovery panels for NCI and served as the Director of the Molecular Discovery Program from 2009-2011. Dr. Byrd continues his work as a Senior Investigator in the Center for Structural Biology. He has been very active with the Protein Data Bank (PDB), serving on the Advisory Committee of the world-wide PDB 2004-present, chair of this committee 2015-2018, and on the Advisory Committee of the RCSB PDB since 2009.

After spearheading the NUS project and development of NESTA-NMR, she is shifting into a new career path in data science 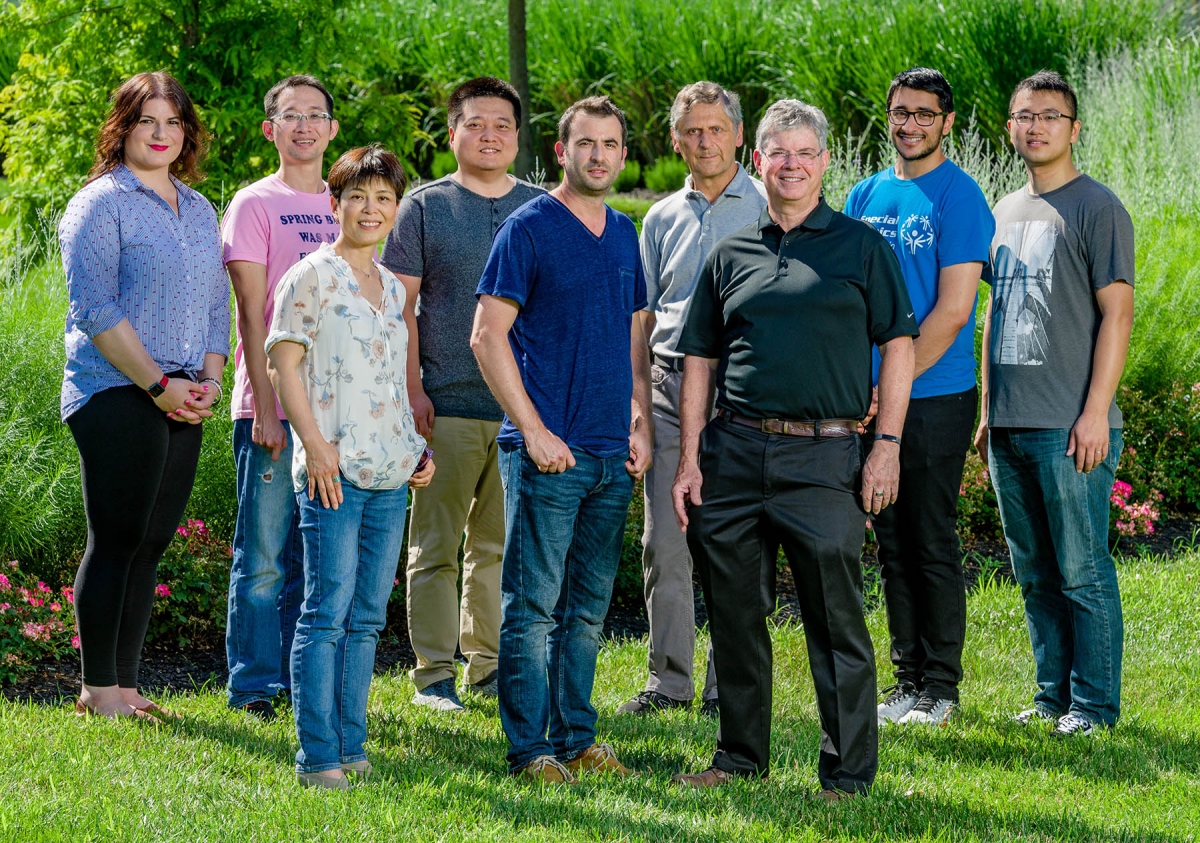 Dr. Byrd gives invited lecture on “NMR Dynamics and Allostery in the Ubquitin Pathway” at the IBBR-NMR Day for local Washington area NMR groups, May 2018

Olivier Soubias joins the group as a Staff Scientist. Olivier brings expertise in membranes, lipids, and solid-state NMR that will contribute to all the projects, especially the nano disc work.