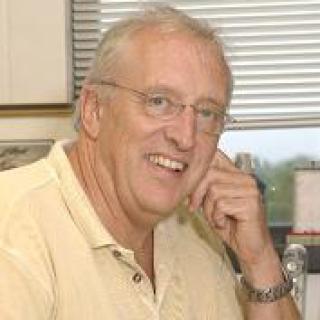 Dr. Paterson pioneered the use of cell-free protein synthesis systems in the analysis of gene function. He co-developed the wheat-germ cell-free protein synthesis system, one of the first methods used to analyze functional mRNA levels in normal and transformed cells and tissues. He was a major contributor to the study of myogenesis in both vertebrates and in Drosophila, and was one of the first to demonstrate RNAi knock-down to study gene function during Drosophila development. He demonstrated that tissue-specific microRNA regulatory networks buffer gene function critical to cell homeostasis and differentiation, where the disruption of either can lead to cell transformation and cancer.

"As incredible as it seems, future research on flies and worms will quite often provide the shortest and most efficient path to curing human disease."
Bruce Alberts, Science (editorial), 330:1724 (2010).

Embryonic muscle formation in vertebrates and Drosophila (the fruit fly) provide excellent systems in which to study the formation of striated muscle, one of the major tissues in higher organisms. The MyoD family of basic helix-loop-helix (bHLH) proteins, known as the muscle regulatory factors (MRFs), regulates the determination, proliferation, and differentiation of muscle cells during development in both vertebrates and invertebrates. In vertebrates, the determination of the first muscle precursor cells within the early somitic mesoderm requires the activation of MRFs. The committed myoblasts then migrate from the somite to the various areas of the embryo that will form the muscles of the trunk, limbs and thorax. Genes typically expressed in differentiated muscle remain repressed during migration. Terminal differentiation is marked by the withdrawal of the myoblast from the cell cycle. Cell cycle control during terminal differentiation also involves the MRFs in a pathway that regulates the phosphorylation status of the retinoblastoma protein, Rb, in response to extracellular cues. Exit from the cell cycle is followed by a change in the gene expression profile. More than 90% of the genes expressed in the dividing muscle cell are transcriptionally silenced, while the muscle-specific gene set is activated. This switch in the gene expression pattern is permanent and likely involves substantial changes in chromatin organization, mediated in part by the MRFs. My lab was interested in understanding the way that MRFs regulate the myogenic process, particularly their role in the determination of the myogenic cell lineage, activation of the muscle-specific gene set, withdrawal from the cell cycle and the concomitant silencing of more than 90% of the genes expressed in the dividing myoblast.

Regulation of growth and differentiation through MyoD-Cdk4 interaction. Within the nucleus, MyoD can bind to the G1 cyclin-dependent kinase, cdk4. This interaction impacts the activity of both MyoD and cdk4. The binding of ectopically expressed MyoD to cdk4 inhibits the phosphorylation of Rb by cdk4, and blocks cell growth. The cdk4-MyoD interaction also disrupts the trans-activation functions of MyoD by interfering with the binding of the MyoD/E-protein heterodimer to DNA.

We showed that the nuclear import of cdk4 is dependent upon cyclin D1, which itself is regulated by mitogen levels. Cyclin D1 is degraded in response to reduced levels of growth factors and mitogens, and consequently cdk4 remains in the cytoplasm, allowing MyoD to remain unbound and active within the nucleus. In contrast, in the presence of normal amounts of mitogens, cyclin D1 is stabilized and promotes the nuclear accumulation of cdk4, which binds to and inhibits MyoD function in dividing myoblasts.

We identified a 15 amino acid domain on MyoD that is required for the interaction with cdk4. Expression of this domain either as a fusion protein with GST or GFP inhibits the kinase activity of cdk4 in vitro and in vivo, blocking its ability to phosphorylate the retinoblastoma protein, Rb. This results in the cessation of cell growth, and induces myoblast differentiation in the presence of mitogens. We had a patent pending on the inhibitory activity of the 15 amino acid MyoD cdk4-binding domain. Determining the structure of the interface formed by the MyoD-cdk4 binding domains would be an important next step. Structural data would aid in the design of G1 cdk inhibitors that could reduce uncontrolled cell growth in human disease.

In the absence of a null for the nautilus gene in Drosophila, we used RNAi to phenocopy a loss-of-gene function by injecting dsRNA into early embryos. Greater than 75% of the injected embryos did not develop normally, and in several instances showed a severe loss-of-muscle phenotype compared to embryos injected with beta-galactosidase dsRNA. A subsequent genetic study by another group reported that the loss-of-function phenotype in two EMS-induced mutant alleles differed from that determined using RNAi. In the case of the EMS alleles, embryos lacking nautilus were only missing a subset of muscles, and this loss was not lethal at any stage of development. However, the EMS alleles caused sterility.

In order to resolve the phenotypic differences reported from using RNAi or EMS alleles, we disrupted the nautilus gene by introducing an armadillo-GFP expression cassette into the middle of the nautilus gene [in collaboration with Dr. Yikang Rong (LBMB, NCI)]. We observed a range of muscle pattern phenotypes resulting from this targeted disruption, from severe loss of muscle organization to minor muscle pattern disruptions. The larval muscle pattern was also affected, and a majority of the resulting pupae were unable to undergo eclosion. The small percentage that hatched required significantly more time to leave the pupal case and show impaired mobility, often dying in the food. The surviving adult females displayed highly distended abdomens and did not lay eggs. Maturing eggs were not able to traverse the ovariole or exit the oviduct, suggestive of a muscle defect. The males were weak, but able to mate, and both sexes often perished within a few days after hatching. These results suggested that the loss of the nautilus gene is phenotypically similar to the loss of the C. elegans HLH-1 gene, CeMyoD. While not absolutely necessary for fiber formation both genes appear to be essential for muscle fiber integrity, and both nulls are essentially lethal. Normal levels of viability and fertility were restored to the targeted null by an HSP-nautilus transgene. In addition, the use of an inducible nautilus RNAi transgene phenocopies the targeted null. Thus, the nautilus gene is essential for normal embryonic myogenesis, muscle patterning and viability, but is not required for myogenic commitment.

We also found that nautilus has a significant impact on the miRNA transcriptome. Differential miRNA expression studies, in which the nautilus null was compared to wild-type, revealed that the 8-miR (309-miR) locus is a target for nautilus regulation. The 8-mir locus is the largest polycistronic miRNA locus in Drosophila, and encodes nine miRNAs. miRNA output from this locus buffers the myogenic transcriptome and impacts key genes required for the regulation of homeobox proteins, chromatin function, and the Notch and Jak-Stat signaling pathways. Surprisingly, we found that mir-3 from the 8-miR locus indirectly activates the miR-310 cluster, which encodes seven miRNAs. Four of the miRNAs from the miR-310 cluster target Dmef2, a key regulator of Drosophila myogenesis. We then performed transcriptome analyses to determine the impact on cells lacking or over-expressing mir-3, and to better define the mir-3 transcript targets.

We also developed additional, more general ways to identify miRNA target genes and to decipher the miRNA regulatory networks required for normal development. Several miRNAs were identified that are associated with cancer and human disease. Understanding this second layer of control on transcriptional output will be critical to determining the approaches taken to either eliminate or possibly restore the cancer cell to a normal developmental pathway.

Role of D-elp1 in transposon silencing. In addition to the standard protein components of the RNAi RISC, we identified the elongator-1 subunit, or D-elp1, as a key component in the RNAi and transposon silencing pathways. Interestingly, D-elp1 is not involved miRNA targeting. It appears that D-elp1 plays an important role in the maintenance of heterochromatin while also acting as a scaffold for regulators of the RNAi pathway. Misregulation of transposons plays an important role in human disease, including certain types of cancer, and understanding transposon silencing could provide new strategies for disease treatment.

Targeted disruption of gene function in Drosophila by RNA interference (RNA-i): a role for nautilus in embryonic somatic muscle formation 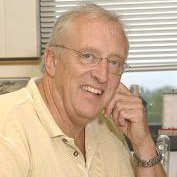 Bruce Paterson received his Ph.D. in zoology in 1971 from the University of California-Berkeley with Dr. R. Strohman, studying muscle-specific gene expression during myogenesis in vitro. He continued this work at the Weizmann Institute of Science in Rehovot, Israel, with Dr. D. Yaffe, from 1971 to 1974, followed by an additional year with Dr. J. Bishop at the University of Edinburgh, Scotland, studying mRNA complexity changes during myogenesis. He has been with the Laboratory of Biochemistry and Molecular Biology (formerly, the Laboratory of Biochemistry) since 1975.

Dr. Patterson retired as a Senior Investigator in 2015 and is now an NIH Scientist Emeritus.