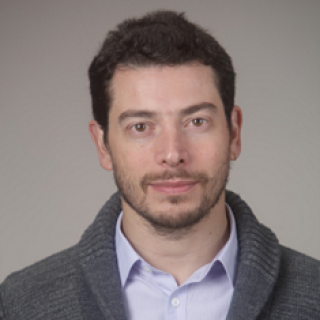 Dr. Candia's research interests are focused on the development and application of analysis tools to provide new insight into biological processes relevant to human health. In particular, the availability of high-throughput, multiparametric datasets presents unique opportunities--and challenges--for the development of novel cross-disciplinary tools and frameworks. In this context, his goal is to apply his expertise at the crossroads of bioinformatics, machine learning, network science, and statistical physics to contribute innovative ideas to key problems in biomedical research.

Dr. Candia is currently a Staff Scientist at the Longitudinal Studies Section of the Translational Gerontology Branch at the National Institute on Aging. Previously, he was part of a CCR basic/translational research program aimed at uncovering the molecular underpinnings of liver carcinogenesis and their clinical applications towards personalized cancer medicine. 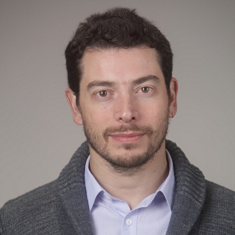 Dr. Candia obtained his Licenciado (1999) and Ph.D. in Physics (2004) degrees from the University of La Plata (Argentina). He earned the 2000 “Dr. Joaquín V. González” award for highest GPA. In subsequent years, he worked on a variety of problems involving computational and mathematical modeling of far-from-equilibrium dynamical systems, as well as on data mining and machine learning. In 2009-2011, he worked for the electronic health record software company Epic Systems. In 2011-2014, he joined the University of Maryland with a joint appointment between the Department of Physics (Losert lab) and the School of Medicine (Civin lab), where he was a recipient of an NIH T32 Cancer Biology Training Grant. Since 2014, he works as Staff Scientist at the National Institutes of Health, where he collaborates with basic, translational, and clinical scientists to develop quantitative methods of data analysis to better leverage state-of-the-art technologies in the biomedical realm.

eNetXplorer: an R package for the quantitative exploration of elastic net families for generalized linear models

Assessment of variability in the SOMAscan assay

From cellular characteristics to disease diagnosis: uncovering phenotypes with supercells