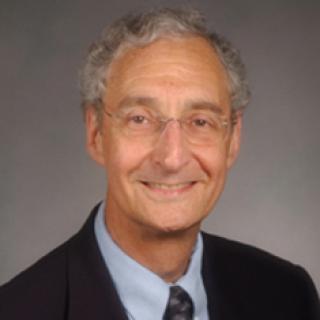 The laboratory research focus is on radiation-induced molecular targets that can be utilized with molecular targeted drug (or immuno-) therapy to enhance the efficacy of radiation therapy. An overarching concept is the exploitation of radiation therapy and the advanced technology now available as 'focused biology' wherein radiation is described by the molecular events produced rather than by just the dose in Gray. We are studying the phenotypic changes after a large single dose as used in hypofractionation and also after multi-fraction radiation at 0.5-2 Gy per fraction to take advantage of the tumor cell adaptation (called MF Adaptive response). Other laboratory interests include studying biomarkers of radiation-related normal tissue injury, nuclear –radiological emergencies supported by NIAID and BARDA.

Dr. Coleman's current research program is based on his long-standing interest in tumor-induced and radiation-induced stress responses. The long-term focus is on developing molecular targeted radiation therapy. An overarching concept is of radiation therapy as 'focused biology' wherein radiation is described by the molecular events produced rather than by just the dose in Gray. Based on long-standing interest in NSAIDs and COX inhibitors, a focus of the laboratory over the last few years has been studying the effects of drugs and molecular-targeted agents at clinically relevant concentrations and schedules.

The radiation-inducible molecular targets program began in collaboration with Dr. Jim Mitchell that builds on our 'focused biology' approach in which radiation can create molecular changes within the radiation field that can be uniquely exploited. The laboratory has demonstrated that tumor cells and normal tissue adapt to multi-fraction radiation (MF-adaptive) with adaptation involving immune response and molecular target pathways. Collaborations are in progress with experts in immunology and the radiation-induced immune enhancement and abscopal response (Drs. Sandra Demaria and Silvia Formenti, Cornell University) and Dr. James Hodge of CCR. Recent results using a three-dimensional (3D) culture system demonstrated, for the first time, that drugging an induced target following radiation can effectively kill tumor cells.  While much remains to be done this may be a unique paradigm to exploit the advanced radiation therapy techniques to expand the utility of molecular-targeted and immunotherapy as part of precision medicine.

Additional projects in the laboratory are the development of biomarkers and a unique “decision-tree” model for assessing radiation injury following a radiological or nuclear incident which is supported by the Radiation and Nuclear Countermeasures Program of the National Institute of Allergy and Infectious Diseases. A related program is investigating organ-specific biomarkers of radiation injury with the Biomedical Advanced Research and Development Authority (BARDA) of the Office of the Assistant Secretary for Preparedness and Response in the U.S. Department of Health and Human Services (DHHS). This includes helping define biomarkers for the new mini-pig system for developing radiation mitigators. Both of these projects are relevant to understanding normal tissue injury during radiation therapy.

Dr. Coleman's efforts in the Radiation Research Program (RRP), Division of Cancer Treatment & Diagnosis (DCTD), and that of his outstanding colleagues can be found on the RRP website at https://rrp.cancer.gov/. Dr. Coleman and Dr. Judith Bader are subject matter experts working on the civilian health and medical response to radiation- and nuclear-related incidents in the Office of the Assistant Secretary for Preparedness and Response, DHHS. Dr. Coleman’s work in global health and health disparities can be found on the RRP website.

Implementation of New Biology-Based Radiation Therapy Technology: When Is It Ready So "Perfect Makes Practice?" 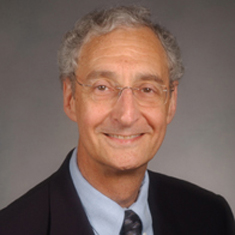 Dr. Coleman graduated from the University of Vermont with a B.A. in mathematics, and then graduated from Yale University School of Medicine in 1970. He completed his internship and residency in internal medicine at the University of California in San Francisco, medical oncology at the NCI and radiation oncology at Stanford. Board certified in internal medicine, medical oncology and radiation oncology, Dr. Coleman was a tenured faculty member at the Stanford University School of Medicine before joining Harvard Medical School in 1985 as Fuller-American Cancer Society Professor and Chairman, Joint Center for Radiation Therapy. In 1999, he came to the NCI and became director of the new Radiation Oncology Sciences Program that he created to coordinate all radiation oncology activities. He served as chief of the Radiation Oncology Branch from 1999- 2004 and is now an adjunct member of ROB. He serves the NCI as associate director of the Radiation Research Program (in DCTD). Since 2004 he has been Senior Medical Advisor and medical chief of the CBRNE Team in the Office of Assistant Secretary for Preparedness and Response (ASPR), DHHS. He has written extensively in the fields of radiation modifiers and, more recently, on preparedness and planning for radiological or nuclear emergencies and also global health. In addition to fellowships in a number of medical societies, he received the ASTRO Gold Medal in 2005, the Service to America Homeland Security Medal in 2011, the Failla Medal from the Radiation Research Society in 2016 and a Doctor of Science (h.c) from the University of Vermont in 2015.