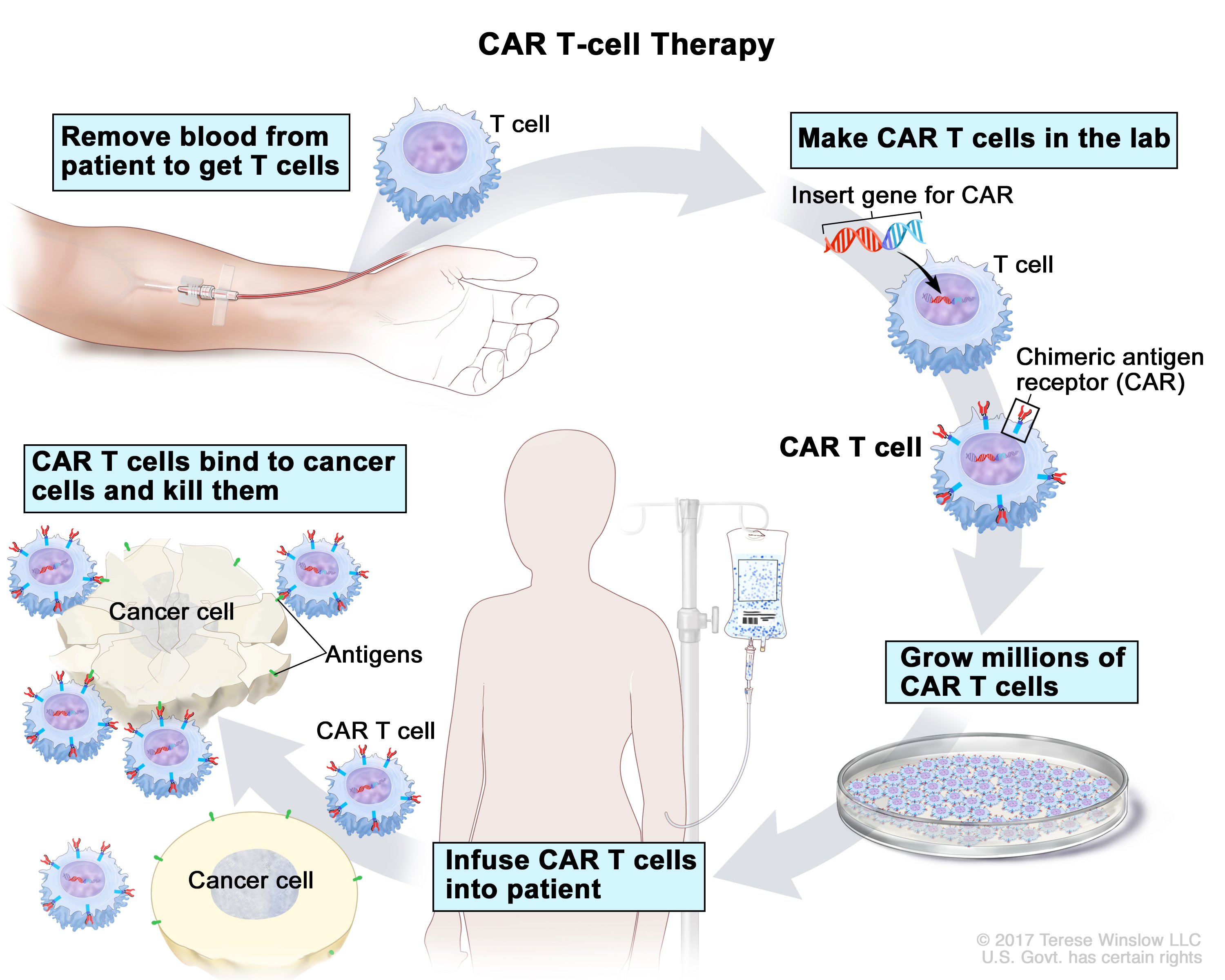 CAR T-cell therapy. A type of treatment in which a patient’s T cells (a type of immune cell) are changed in the laboratory so they will bind to cancer cells and kill them. Blood from a vein in the patient’s arm flows through a tube to an apheresis machine (not shown), which removes the white blood cells, including the T cells, and sends the rest of the blood back to the patient. Then, the gene for a special receptor called a chimeric antigen receptor (CAR) is inserted into the T cells in the laboratory. Millions of the CAR T cells are grown in the laboratory and then given to the patient by infusion. The CAR T cells are able to bind to an antigen on the cancer cells and kill them.
Photo source: National Cancer Institute

CAR T-cell therapy, in which a patient’s T cells are reprogrammed in the lab to boost their ability to recognize and destroy cancer cells when they are returned to the body, has led to dramatic responses for many patients with certain blood cancers. Not all patients respond to the treatment, however, and many who do eventually relapse.

The cells used for CAR T-cell therapy are reprogrammed to produce a surface receptor that allows them to recognize tumor cells. The engineered cells also retain their original receptors, which are sensitive to other antigens (molecules that help induce an immune response). Some researchers have proposed that activating the cells’ natural receptors might boost CAR T cells’ activity and enhance their antitumor response, but Fry’s team has found the situation is more complex.

“What we think happens is the CAR signal provides an activation to the T cell, and when you activate the T-cell receptor on top of it, the cells are really too activated and they die,” explains Fry. In contrast, CAR4 cells, the immune cells known as helper T cells, did not appear susceptible to this overactivation. Both CAR4 and CAR8 cells are thought to be important for mounting an effective anticancer immune response.