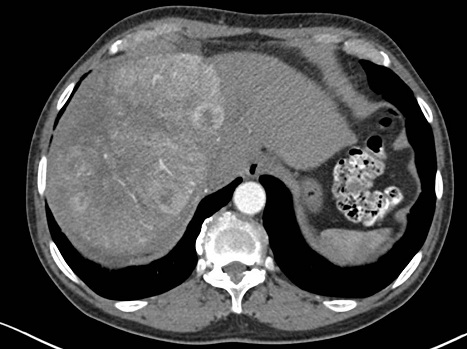 A new clinical trial testing the effectiveness of immunotherapy treatment combinations against liver cancer is enrolling patients at the NIH Clinical Center in Bethesda, Maryland. Individually, immunotherapy drugs harness the power of the human immune system to better identify and kill cancer cells. Now, researchers at the NIH’s Center for Cancer Research have begun to find evidence that the drugs may work far more effectively when taken in combination with other therapies and with each other than when taken alone.

Primary liver cancers account for 2% of new cancer diagnoses in the US, and the most common form of liver cancer, hepatocellular carcinoma (HCC), is the third leading cause of cancer-related deaths worldwide. Despite the frequency of liver cancer, research has sometimes lagged due to the stigma associated with the disease. The biggest factors for developing liver cancer are alcohol abuse and chronic infection by hepatitis B or C viruses, which are transmitted solely through the blood or sexual contact.

“Liver cancer is one of the only cancers that doesn’t have a strong patient advocacy group,” said Tim Greten, a physician scientist within the Thoracic and Gastrointestinal Oncology Branch of the Center for Cancer Research, and lead investigator for the new trial.

In 2013, Greten led a pilot study designed to improve upon the standard liver cancer therapy of the day – tumor ablation, in which a probe delivers cell-killing radiowaves, extreme cold, or chemotherapy drugs directly to the tumor. Greten’s team combined ablation techniques with a drug called an immune checkpoint inhibitor (ICI) which helps the body’s natural immune system recognize and destroy cancer cells. “This was the first study to try these combinations of ablation techniques and a checkpoint inhibitor,” Greten said.

Early results from the trial indicated that combining the ICI, tremelimumab, with two different ablation therapies caused a 30% shrinkage in liver cancer tumors in 25% of patients compared with patients who only received the ablation therapies. “This was the first study to demonstrate that these types of treatments work,” Greten said. “The results are very encouraging.”

Now, Greten and his team plan to broaden the scope of the initial study with a new pilot study that looks at the benefits of adding a second ICI, durvalumab, into the mix. Patients enrolled in the study will receive both ICIs in combination with one of three ablation therapies.

Over the next two to four years, the team hopes to enroll 90 patients diagnosed with HCC or biliary tract carcinoma, a cancer of the bile duct, into the new study. For many of the patients who qualify, all other treatment options have been exhausted. But where ablation therapies alone may have failed, early evidence suggests that adding ICIs to the standard therapy may offer renewed hope. “It’s always a good thing to see a response in a cohort where you don’t see other treatments working,” Greten said.

For more information about this new study and other clinical studies at the Center for Cancer Research, visit the “Clinical Trials” page.