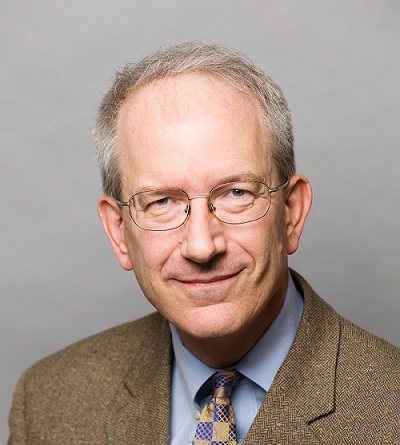 Louis M. Staudt, M.D., Ph.D., Co-Chief of CCR’s Lymphoid Malignancies Branch and NIH Distinguished Investigator, has been awarded the American Association for Cancer Research (AACR) Princess Takamatsu Memorial Lectureship. The lectureship recognizes scientists whose work has had or may have a far-reaching impact on the detection, diagnosis, treatment or prevention of cancer and who embody the dedication of Princess Kikuko Takamatsu of Japan to multinational collaborations. As recipient of the award, Staudt will present a lecture titled “Lymphoma therapy inspired by functional and structural genomics” on April 3, 2017, during the AACR 2017 Annual Meeting in Washington, D.C.

A pioneer in the field of precision medicine, Staudt has harnessed genomic technologies to make more precise cancer diagnoses and tailor treatments to tumors’ molecular identities. By defining distinct subtypes of diffuse large B cell lymphomas (DLBCL), aggressive blood cancers that were once considered a single disease, he has illuminated signaling pathways that sustain these tumors and suggested strategies for defeating those that have been the most difficult to treat.

In the 1990s, Staudt began searching for a molecular explanation for clinical disparities among patients with diffuse large B cell lymphomas. Many patients with the disease—about 40 percent—respond well to chemotherapy and achieve lasting remission, but about 60 percent succumb to the disease despite treatment. Under a microscope, DLBC lymphomas all look the same, and there was no way to predict which course an individual patient’s disease would take.

By analyzing the activity of thousands of genes in patients’ cells, Staudt’s team was able to identify two groups of DLBCL cells with different molecular profiles. It’s now clear that these two subtypes of DLBCL, known as activated B-cell-like (ABC) DLBCL and germinal center B-cell-like (GCB) DLBCL, are different diseases. Staudt and his colleagues established that the two cancers arise from blood cells in different developmental stages, and their abnormal growth is driven by different genetic mutations. Because of these distinctions, the two types of DLBCL respond differently to cancer therapies.

Clarifying these molecular differences has enabled Staudt and his colleagues to develop new strategies for eliminating ABC DLBCL, the subtype that is more difficult to treat. After the team determined that a cell survival pathway involving a protein called NF-kappaB is overactive in ABC DLBC lymphomas, likely helping the cells resist chemotherapy, Staudt and CCR colleague Wyndham Wilson, M.D., Ph.D., Senior Investigator in the Lymphoid Malignancies Branch,  launched a clinical trial to test the effects of blocking this pathway with a drug called ibrutinib (Imbruvica). The drug extended survival in patients with the ABC subtype of DLBCL.

To further improve outcomes for patients, Staudt and his colleagues are now investigating the effects of combining ibrutinib with other drugs to treat ABC DLBCL. His team has extensively mapped the genetic mutations that help sustain these tumors, and their findings point toward several signaling pathways that are essential for their survival. By devising treatment regimens that attack multiple pathways, they hope to defeat this aggressive cancer. One such treatment, ibrutinib in combination with lenalidomide (Revlimid) and chemotherapy, is currently being evaluated in a phase II clinical trial.

The impact of Staudt’s work is likely to extend beyond DLBCL. His team’s studies of DLCBL have uncovered two mutations that, in combination, make cells hypersensitive to ibrutinib. Because this pair of mutations has been found to be common in primary central nervous system lymphomas, aggressive tumors that usually arise in the brain, Staudt is now investigating ibrutinib’s effects in patients with that disease. In an early clinical trial, 86 percent of patients, including those whose disease had relapsed after previous therapies, achieved complete remission with ibrutinib plus chemotherapy.