A physician faces her own ovarian cancer 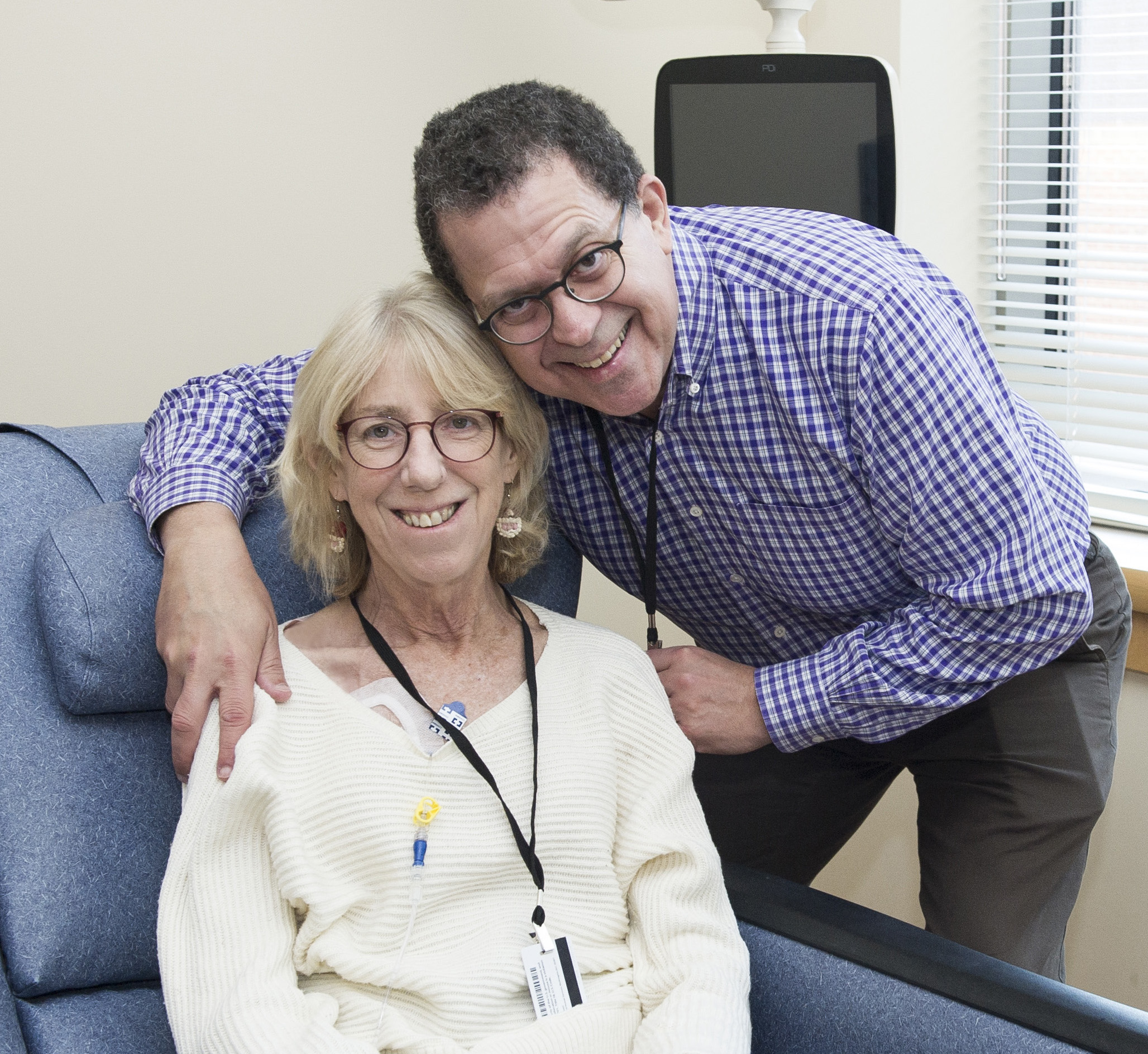 Drs. Tracie Miller and Steve Lipshultz have spent their careers caring for pediatric patients and conducting research at well-known medical institutions across the country. Tracie’s research focuses on the intersection of HIV and nutrition for children, Steve’s on pediatric cardiology. In some ways, those years of providing patient care and conducting medical research prepared the couple for Tracie’s ovarian cancer diagnosis, and in other ways, it didn’t.

Four years ago, Tracie was diagnosed with ovarian cancer when a mass was discovered during a routine medical exam. Initially, Tracie responded well to standard therapies and was in remission for 16 months before the cancer relapsed. Despite undergoing surgery and additional treatment, her cancer persisted.

Ovarian cancer forms in the tissues of the ovary, one of a pair of female reproductive glands in which the ova, or eggs, are formed. Because it may not cause early signs or symptoms and there is no effective screening test, ovarian cancer is often found at advanced stages. It has the highest mortality rate of all gynecological cancers.

As active members of the scientific community, Tracie and Steve sprang into action and consulted with their friends and colleagues at various cancer centers to gain a better sense of the treatment options available to Tracie once conventional treatments had failed her. When Steve reached out to long-time colleagues at the National Institutes of Health (NIH) in the spring of 2016, they helped connect the couple to Jung-Min Lee, M.D., NIH Lasker Scholar Investigator in the Women’s Malignancies Branch in the Center for Cancer Research (CCR). At the time, Dr. Lee was heading multiple clinical trial protocols for ovarian cancer at the National Cancer Institute on the NIH campus in Bethesda, MD.

It took about a week after their introduction before Tracie became eligible to participate on a clinical trial, as she was experiencing complications from a recent surgery. During that week, Tracie and Steve recalled how compassionate and responsive Dr. Lee was despite the fact Tracie wasn’t yet enrolled on a clinical trial. “Dr. Lee is amazing,” said Tracie. “Even though I wasn’t her patient, she was extremely responsive. I felt like she would give her right arm to make things work for me.”

“We were reaching out everywhere, and Dr. Lee’s program was one of only a few we reached out to that showed great compassion and sincerity,” recounted Steve.

The treatment involves administering a single-agent drug, prexasertib, every two weeks. Although the U.S. Food and Drug Administration has not approved prexasertib for use in treating ovarian cancer or any other disease, interim findings from the clinical trial suggest it may be effective for women with a similar genotypic profile to Tracie; that is, women who have platinum-resistant recurrent ovarian cancer and no BRCA mutation – a known prognostic factor for ovarian cancer.

“With the type of ovarian cancer I have, there’s a specific biomarker that becomes elevated,” explained Tracie. “It plummeted after the first month of therapy, so fortunately I fit into the bucket of people that may have a response to the drug.” 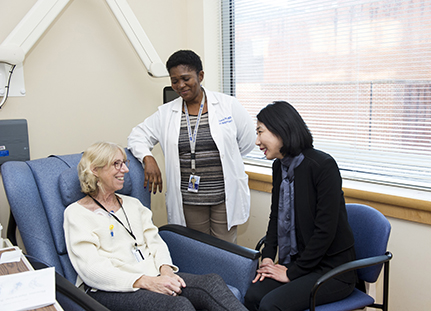 Tracie has had to modify her work schedule since enrolling on the clinical trial, which has been a difficult adjustment. “In terms of providing patient care, it’s just not been possible for me at this point,” she said. “Some days I’ll wake up and have this complication over the course of the day or that evolves into a week-long issue. Caring for patients really isn’t an option because I might not be able to go in.”

Despite the professional setbacks, Tracie maintains a positive outlook and recognizes the importance of taking care of herself – she is, after all, a patient. She also keeps up with her research. “I try to stay positive and just take things as they come,” said Tracie. “I’m hoping one day I’ll be able to see patients again, but the research keeps me going for now.”

Tracie and Steve are in the unique position of having experienced both sides of the patient-provider relationship. “You see the world in another way when you’re the patient or the family – that’s what we try to teach in academics,” said Steve.

Coming from the perspective of a physician, Tracie understands the significance of patients advocating for themselves. “For someone that’s just getting a diagnosis, you can’t just sit back,” said Tracie. “You have to take ownership. Your doctor is a really busy person and has a lot of priorities. Nobody has your best interests in mind as much as you do. If you want to go out and find something, you better go out and make it a priority for yourself.”

“Our mission is to improve the lives of cancer patients by solving important and challenging problems in cancer research and patient care,” said Dr. Lee. “I fully understand that it must have been hard for Tracie to be in the ‘patient’ position after being on the physician side. However, I think Tracie has made a significant contribution to our mission, and I thank all my patients and their caregivers for their contributions to cancer research and drug development.”