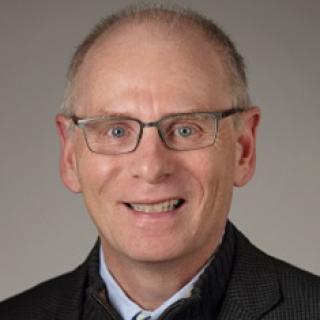 Dr. Dahut left CCR in May 2022. Dr. Dahut’s primary mission was to improve therapy for men with advanced prostate cancer. He pioneered the effort to combine experimental therapies such as angiogenesis and immunotherapy with chemotherapy, androgen blockade, radiotherapy and other more traditional modalities. His recent studies combining immunotherapy with more standard treatment were active and demonstrated the ability to maintain a robust immunologic response. As Section Head, Dr. Dahut oversaw the Branch’s clinical/translational prostate cancer research program, which emphasizes new approaches to the treatment, diagnosis and prognostic evaluation of prostate cancer with the goal to increase the precision in which therapeutic decisions are made for patients with primary and metastatic prostate cancer.

The Future of Prostate Cancer Research and Treatment

The Development of Novel Therapeutics for Prostate Cancer. Prostate cancer is the most common non-dermatologic malignancy and the second leading cause of cancer related death in American men. During 2004, an estimated 230,100 men will have prostate cancer diagnosed, and 29,100 men will die of this disease in the United States.

This project focused on translational clinical trials for the treatment of prostate cancer. The research program in prostate cancer  attempted to develop hypothesis-driven novel therapies for each disease state that a prostate cancer patient may experience. Treatment needs to balance the biology of the tumor at that point with the clinical goals of maintaining quality of life and prolonging survival. In addition, in the unique environment of the NCI we were able to combine each clinical trial with important biologic endpoints. Many of these trials involved antiangiogenic agents, novel small molecules or unique vaccines.

Clinical Trials Using Antiangiogenic Agents.  As prostate cancer advances from an indolent to a more lethal state it becomes dependent on angiogenesis. Angiogenesis is also required at sites of secondary colonizations in order for prostate cancer metastases to proliferate and expand. Without angiogenesis, primary prostate tumors typically are confined to a diameter of 1 to 2 mm and remain indolent. Tumor specimens from men with clinical prostate cancer have been characterized by a remarkably high degree of vascularization compared with autopsy-identified prostate tumors from men without clinical disease.

We believe that the inhibition of angiogenesis is an attractive target in the treatment of prostate cancer. We collaborated actively with the laboratory of Dr. William Figg, both in the development of agents targeting blood vessel growth as well as in the performance of ancillary studies designed to determine the impact of new agents on markers of angiogenesis.

Thalidomide in the Treatment of Prostate Cancer. Thalidomide is a potent teratogen that causes dysmelia (stunted limb growth) in humans. It was marketed in Europe as a nonbarbiturate sedative but was withdrawn 30 years ago because of its teratogenic effects. It has been postulated that thalidomide-induced limb defects were secondary to an inhibition of blood vessel growth in the developing fetal limb buds. In 1994, D'Amato et al. demonstrated that thalidomide inhibited bFGF-induced angiogenesis. Bauer et al. subsequently determined that a metabolite (5'OH thalidomide) of thalidomide was responsible for this antiangiogenic activity. These preclinical findings prompted investigators to evaluate thalidomide as an inhibitor of angiogenesis, which has been implicated in the pathogenesis of various types of hematologic malignancies and solid tumors.

We evaluated thalidomide in patients with androgen-independent prostate cancer and found 18% of patients to have significant PSA declines. Preclinical data suggested that the addition of a cytotoxic agent to an anti-angiogenic agent was more than additive. In order to test this hypothesis we conducted a randomized phase II trial combining thalidomide with docetaxel. A total of 75 patients with progressive androgen-independent prostate cancer were accrued (25 patients to the docetaxel alone and 50 to the combination group). Both at the midpoint evaluation and after conclusion of the trial, the proportion of patients with a greater than 50% decline in PSA was higher in the combination arm: 9 of 24 patients (37%) in the docetaxel alone arm and 25 of 49 patients (51%) in the combined group. There also was a trend towards improved survival. The median survival in the combination arm was about double that of docetaxel alone.

It is postulated that the efficacy of anti-angiogenic agents, such as thalidomide, will be greatest in the setting of minimal disease burden. We tested this hypothesis in a phase III trial in patients with a biochemical recurrence after initial local therapy. In addition, we conducted two phase I trials of oral anti-angiogenic agents (2-methoxyestradiol and CC-5013), which we believe were well suited for prostate cancer patients.

Small Molecules in the Treatment of Prostate Cancer. Perifosine represents a new class of anti-cancer compounds. It is an akylphospholipid related to miltefosine. Perifosine was show to have a unique pattern of growth inhibition with in vitro systems. Modulation of cell surface receptors and inhibition of lipid-mediated signal transduction appear to be important in its activity. Perifosine has been shown to lead to loss of cyclin-dependent kinases (cdk) activity and subsequent cell cycle arrest in G1-S and G2-M phases. Treatment with this drug has been shown to increase p21WAF1 expression resulting in inactivation of the cdk/cyclin complex and subsequent cell cycle arrest. In cell culture with PC3 cells, clear induction of apoptosis was observed. We  postulated that cell cycle arrest would lead to a prolongation of time to progression in patients. We tested this hypothesis in a Phase II trial in patients with metastatic advanced prostate cancer. Results of this trial as well as correlative lab studies measuring cell cycle parameters will guide in the future development of this agent.

Vaccines in the Treatment of Prostate Cancer. In collaboration with the laboratory of Dr. Jeffrey Schlom, we performed a series of clinical trials using recombinant poxvirus PSA vaccines. We hypothesized that vaccines may be more effective when combined with more traditional anti-cancer treatments such as radiotherapy and cytotoxics. We conducted randomized phase II trials comparing vaccine and radiotherapy to radiotherapy alone and comparing vaccine to docetaxel and vaccine. Both of these trials were performed in order to understand the effect of combination therapy on the immune system prior to embarking on larger trials with clinical endpoints. Initial immunologic data supports the ability to combine these treatments.

How Do We Respond to Men with BRCA Mutations when They Ask About Prostate Cancer? 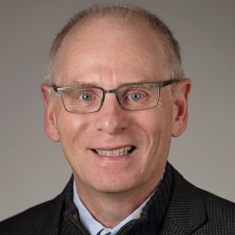 Dr. Dahut received his M.D. from Georgetown University in Washington, DC. He completed clinical training in internal medicine at the National Naval Medical Center in Bethesda, MD, followed by training in hematology and medical oncology at the Bethesda Naval Hospital and the Medicine Branch of the NCI. Dr. Dahut worked as an attending physician in the NCI-Navy Medical Oncology Branch until 1995. He then joined the faculty of the Lombardi Cancer Center at Georgetown University before returning to the former NCI Medicine Branch in 1998 as head of the prostate cancer clinic. In 2002, Dr. Dahut became Chief of the GU/GYN Clinical Research Section in the Medical Oncology Clinical Research Unit. Within the Genitourinary Malignancies Branch, Dr. Dahut oversaw the Branch’s clinical/translational prostate cancer research program. Dr. Dahut's primary research interest focused on the development of novel therapeutic strategies for the treatment of adenocarcinoma of the prostate.

Dr. Dahut left CCR in May 2022 and is now a Special Volunteer.