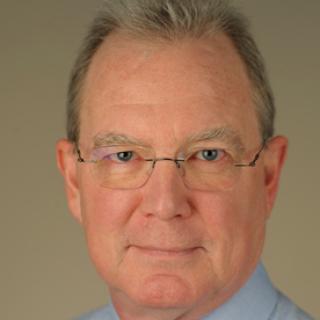 The spread or metastasis of cancer is ultimately responsible for most cancer deaths. New drugs employing unique mechanisms are needed to improve therapy of these advanced cancers. New biologic treatments based on functional changes in the extracellular matrix during cancer progression represent a novel approach. TIMPs are a small family of low molecular weight proteins first identified as endogenous metalloproteinase inhibitors. However, these proteins also modulate growth, migration and invasion of both normal and tumor cells. TIMP-2 inhibits tumor growth and metastasis in animal models independent of its protease inhibitor activity. TIMP-2 is under development as a new biologic therapy for cancer.

The tissue inhibitors of metalloproteinases (or TIMPs) consist of a small family of four, homologous, low molecular weight proteins: TIMP-1, -2, -3 and -4. TIMP-2, the second member of this family discovered by our laboratory in 1989 is a unique member of this family. In 1993 we demonstrated that TIMP-2 selectively blocked human microvascular endothelial cell growth in vitro in response to pro-angiogenic factors such as FGF-2 or VEGF-A. Another distinguishing feature of this gene is that it is the only member that is not nested within the gene structure of the synapsin gene family and it also contains a large first intron (>60kB).

In 1999, we described a novel form of TIMP-2 in which we appended a single Ala residue to the N-terminal cysteine residue, which we refer to as Ala+TIMP-2. The addition of this single alanine residue did not alter the tertiary structure of the protein but resulted in essentially complete loss of matrix metalloproteinase inhibitory activity. In 2001, we demonstrated that TIMP-2 could suppress receptor tyrosine kinase (RTK) signaling independent of metalloproteinase inhibition, and that this activity was unique for TIMP-2, and not observed with other members of the TIMP family. In 2003, we demonstrated that the mechanism of this anti-proliferative effect was independent of the metalloproteinase inhibitory activity by using the MMP-inhibitor null form Ala+TIMP-2, and was mediated by TIMP-2 binding to the alpha3 beta1 integrin on the surface of human microvascular endothelial cells. These findings suggest that further understanding of the anti-angiogenic activity of TIMP-2 might be exploited in human cancer therapy.

TIMP-2 cell surface binding and growth inhibitory activity is observed in both endothelial cells as well as tumor cells and results in a decrease in the association of protein tyrosine phosphate (PTP) activity with this integrin and an increase in PTP activity associated with variety of RTKs (VEGFR-2, FGFR1a, PDGFR and EGFR). Western blot analysis putatively identified the SH2-domain containing protein tyrosine phosphatase known as Shp-1 as increased in association with these RTKS following TIMP-2 treatment.

In addition to these effects of TIMP-2 on endothelial cell growth in vitro, both wild-type human TIMP-2 and the Ala+TIMP-2 mutant inhibit angiogenesis, tumor growth and metastasis in vivo. These effects can be reversed by the general protein tyrosine phosphatase inhibitor orthovanadate. Furthermore, experiments in mice deficient in Shp-1 activity demonstrate lack of TIMP-2-mediated antiangiogenic activity. This finding suggests that the principal mechanism of the anti-angiogenic and tumor suppressive effects of TIMP-2 in vivo is not related to the MMP inhibitory activity of this protein. The MMP inhibitory activity is dissociable from the in vivo anti-angiogenic and anti-tumorigenic effects of TIMP-2; we have now shown that these activities reside in different but overlapping structural domains of the TIMP-2 protein.

Ongoing experiments are focused on preclinical development of TIMP-2 as a novel biologic for cancer therapy. These experiments have taken two directions. The first if bioprocess development in which we have focused on enhancing production of recombinant TIMP-2, developing GMP standard operating procedures for large scale culture of HEK-293 TIMP-2 expressing cells, two step purification of recombinant TIMP-2, as well as quality control for batch to batch comparisons. We are also collaborating on imaging probe development and development of novel bio-gels for sustained in vivo delivery of TIMP-2. We are also intensely engaged in testing the effect of delivery of exogenous recombinant TIMP-2 on the growth and metastasis of a triple-negative breast cancer model in nude mice and the growth and metastasis of a syngeneic lung cancer model using mice expressing a mutant form of TIMP-2.

Preliminary results of all of these experiments suggest that continued preclinical development is justified and should be robustly supported as well as further developed.

Tumor cell interactions with the extracellular matrix during invasion and metastasis 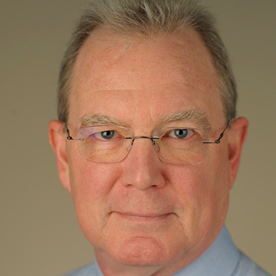