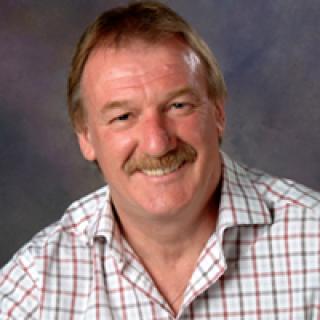 Dr. Le Grice is internationally recognized for his pioneering research on retroviral and retrotransposon reverse transcriptase (RT), including development of immobilized metal chelate chromatography for rapid enzyme purification, understanding conformational dynamics by single molecule spectroscopy, and determining the crystal structure of RT-RNA/DNA complexes. These studies were combined with nucleoside analog interference approaches to understand how substrate flexibility controls RT recognition. As a member of the nucleotidyltransferase superfamily of enzymes, his work on HIV RT-associated ribonuclease H extended into developing inhibitors of structurally-related enzymes from alpha-(HSV), beta-(HCMV) and gamma-herpersviruses (KSHV). Dr. Le Grice’s later research efforts focused on determining the structure of viral and virus-coded lncRNAs, both in vitro and in vivo. The long-term goal was to exploit this knowledge to screen for small molecule antagonists that interact with cis-acting regulatory RNAs.

The “topological train ride” of a viral long non-coding RNA. 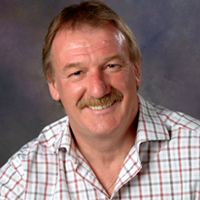 Stuart Le Grice received his Ph.D. from the Department of Biochemistry, University of Manchester, UK, in 1976, where he studied RNA polymerase of Escherichia coli. After postdoctoral training in the United Kingdom, Germany, and the United States, he was appointed Senior Scientist at Hoffmann La Roche, Basel, Switzerland, where he worked from 1984 to 1990 evaluating HIV-1 and HIV-2 enzymes as therapeutic targets. In 1990, he joined the faculty in the Division of Infectious Diseases, Department of Medicine, Case Western Reserve University (CWRU), Cleveland, OH. Recruited as an Associate Professor of Medicine, he was awarded tenure in 1992, and in 1995 was promoted to Professor of Medicine, Biochemistry, and Oncology. From 1994 to 1999, he served as Director of the NIH-funded CWRU Center for AIDS Research, during which time he was designated a CWRU “Million Dollar Professor” in recognition of his NIH funding. Dr. Le Grice joined the National Cancer Institute in 1999 and in 2005 was appointed to the Senior Biomedical Research Service. In 2006, he was appointed Head of the CCR Center of Excellence in HIV/AIDS & Cancer Virology. In addition to serving on the Editorial Board of the Journal of Biological Chemistry, Dr. Le Grice has been an ad hoc (1990-1999) and permanent Study Section member of NIH AIDS review panels (2000-2004), as well as an ad hoc reviewer for multiple international funding agencies.

Dr. Le Grice was designated a CCR “Mentor of Merit” in 2007 and 2009, and has been a recipient of the NIH Award of Merit (2009) and two NIH Director’s Awards (2012, 2015). In 2015, Dr. Le Grice received the DHHS Career Achievement Award, recognizing his “outstanding administrative and scientific contributions to furthering the national and international mission of the National Institutes of Health.”

Dr. Le Grice retired as a Senior Investigator in 2020 and is now an NCI Scientist Emeritus.