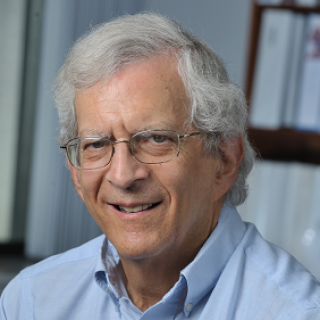 Richard Hodes’ lab studies regulation of the development and function of the adaptive immune system. Ongoing work is focused on the role of T cell receptor and co-stimulatory signals in thymic development and T cell-dependent immune responses, and on the maintenance of chromosomal integrity and proliferative capacity during lymphocyte development and activation.

The Role of Costimulatory Receptors in Lymphocyte Activation. A primary area of interest in this laboratory is the study of costimulatory molecules and their function. Costimulation has been extensively studied in the T cell receptor (TCR)-mediated activation of mature T cells. In recent efforts, we have focused on analysis of costimulatory function in T cell development, homeostasis, and effector function. Findings include striking effects of costimulation on critical check-points in thymic development and are using genetic manipulation to elucidate the molecular mechanisms mediating these effects.

We recently identified a critical role of TRAF3 in mediating the requirement for cross-talk between SP thymocytes and thymic epithelial cells (TEC). Using conditional gene inactivation, we found that deleting TRAF3 from TEC completely eliminated the requirement for SP thymocytes in medullary TEC (mTEC) development. The normal function of SP T cells is thus to overcome this TRAF3-dependent inhibition, through multiple signaling pathways capable of TRAF3 inactivation and NFkB alternative pathway activation.

We have recently extended studies of chromosomal stability and control of lymphocyte proliferation to study two critical components of these regulatory pathways: ATM and tumor suppressor p53.

A recombinase-associated gene (Rag)-dependent mechanism mediates TCR translocation in thymic lymphomagenesis in mice deficient for the ataxia telangiectasia mutated (ATM) gene. ATM plays a role in repair responses to double-strand DNA breaks and influences telomere maintenance. We have characterized the role of ATM in Rag-dependent and Rag-independent recombination in tumorigenesis and have shown a role for ATM in Ig class switch recombination.

We have recently reported that ATM functions to regulate rearrangement of TCR beta and TCR alpha and to regulate the corresponding stages of TCR-dependent thymocyte development. In the absence of ATM, we found a notable instability of RAG-mediated TCR break complexes, with resulting increase of trans rearrangements between TCR loci on different chromosomes. These trans rearrangements result in expression of hybrid TCR chains, which have in turn allowed elucidation of the role of TCR in determining lineage and MHC restriction, two basic attributes of T cell development and function.

Comparative analysis of B7-1 and B7-2 costimulatory ligands: expression and function 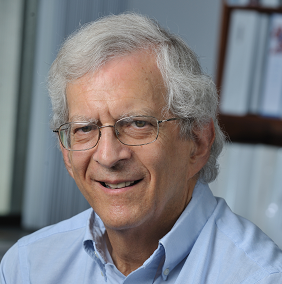 Dr. Hodes received his M.D. from Harvard Medical School and completed a research fellowship at the Karolinska Institute in Stockholm and clinical training in internal medicine at Massachusetts General Hospital before coming to the NIH. He is chief of the Immune Regulation Section of the Experimental Immunology Branch as well as director of the National Institute on Aging.