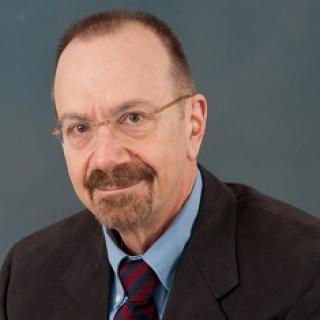 Dr. DiGiovanna is an expert in the study of inherited skin disorders (genodermatoses), including their clinical phenotype, underlying causes, and clinical management. He has worked extensively on the clinical characterization and underlying genetic causes of the disorders of cornification, skin cancer predisposition syndromes, and the disorders of DNA repair. Dr. DiGiovanna is a major participant in the NIH Dermatology Consultation Service providing evaluation for patients on NIH-wide protocols.

We study families affected by DNA repair disorders to better understand the role of DNA repair in the prevention of cancer, and in human development. Our approach integrates clinical, molecular and translational investigations focusing mainly on two rare genetic disorders: xeroderma pigmentosum (XP) and trichothiodystrophy (TTD). Patients with XP have abnormal repair of ultraviolet induced DNA damage resulting in greatly increased risk of skin cancer. In addition, some have neurologic degeneration. Mutations in some of the same genes can cause TTD, a different disease with developmental abnormalities but without the increased skin cancer risk.

Our long-term goals are to: 1) define the molecular defects in these diseases, 2) characterize their clinical abnormalities and extent of phenotypic heterogeneity, 3) correlate the molecular defects with clinical abnormalities, 4) assess the altered molecular function, 5) identify and characterize the underlying mechanisms (pathophysiology) and how they lead to clinical disease, and 6) influence these processes by exploring methods of cancer prevention.

Four-dimensional, dynamic mosaicism is a hallmark of normal human skin that permits mapping of the organization and patterning of human epidermis during terminal differentiation 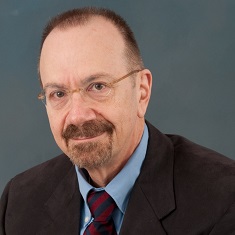 Dr. DiGiovanna received his B.S. degree in biology from SUNY Stony Brook, and his M.D. from SUNY Upstate Medical Center.  He completed an internship in Internal Medicine at Long Island Jewish Hospital and a residency in Dermatology at the University of Miami. He is certified by the American Board of Dermatology. He came to NCI in 1980, working with Dr. Gary Peck on the development of systemic retinoids for dermatologic disorders and skin cancer chemoprevention.  This early retinoid work provided a basis for the current usage of these drugs as the standard of care for several disorders of cornification and for skin cancer chemoprevention in high risk populations.   In the late 1980's through 2000, he was the clinical arm of a collaborative group that successfully characterized the clinical phenotypes and discovered causative mutations underlying several inherited skin disorders including epidermolytic hyperkeratosis, lamellar ichthyosis and erythrokeratodermia variabilis.  Much of this time was supported by NIAMS. From 1997 through 2010 he was Director of Dermatopharmacology, Department of Dermatology, at the Warren Alpert Medical School at Brown University, where he achieved the rank of Professor, and at the same time, was also an Investigator at the NIH, sharing time between the two institutions. In 2010 he returned to full time at NCI. He has served as a consultant to several divisions of the Food and Drug Administration (FDA); currently he is a consultant to the Division of Dermatology and Dental Products and a member of the Pharmacy Compounding Advisory Committee.