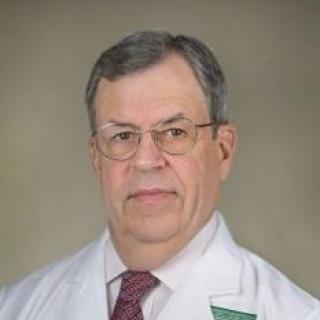 Dr. Danforth’s research efforts are focused primarily on the molecular characteristics of early breast carcinogenesis which are present in normal breast epithelium and their use to develop a molecular signature for risk assessment, and to develop new targets for breast cancer prevention. An important second area of interest of Dr. Danforth are the disparities in breast cancer outcome between Caucasian, African American and Hispanic women, especially the molecular basis for these disparities and how they are influenced by health care, socioeconomic and other nonbiologic factors. A model has been developed to describe these relationships.

Characterization and Regulation of High Risk and Malignant Breast Epithelium The antiestrogen tamoxifen and vitamin A-related compounds, the retinoids, each have strong antiproliferative effects on breast cancer cells. In combination these agents act synergistically to further inhibit growth, representing an important means for enhancing their antiproliferative actions. This has resulted in increased efficacy from both a therapeutic and chemopreventive standpoint.

The present study was undertaken to define this synergism and determine the mechanism of action of this enhanced activity in combination. The effect of 4-hydroxytamoxifen (TAM) and all-trans retinoic acid (AT) in combination on proliferation of MCF-7 breast cancer cells was studied in vitro. It was found that TAM and AT, in combination, acted synergistically to cause a time-dependent and dose-dependent inhibition of MCF-7 cell growth. Both TAM and AT each blocked cell cycle progression throughout 7 days of treatment, but without any synergistic or additive effect on this process. TAM and AT acted synergistically, however, to stimulate apoptosis, with increased DNA fragmentation and downregulation of bcl-2 protein expression in a manner temporally equivalent to the synergistic inhibition of growth. The negative growth factor transforming growth factor beta (TGF) is secreted by these cells and was studied as a potential mediator of the synergistic effects of TAM + AT on apoptosis. While TAM but not AT stimulated TGF1 secretion, in combination TAM and AT acted synergistically to induce a 5 fold increase in TGF1 secretion over 72 hours. TGF1 alone had no apoptotic effects on these cells, but TGF1 in combination with AT acted synergistically to inhibit growth, to downregulate bcl-2 protein expression, and to stimulate apoptosis of these cells in a manner analogous to that noted for TAM + AT. Coincubation of TAM + AT with anti-TGF-beta antibody, however, did not block modulation of Bcl-2 protein expression or apoptosis. Together these findings indicate that the synergism of AT + TAM occurs independently of TGF-beta, and that TGF-beta may interact with AT in a novel manner to provide another important antiproliferative mechanism for breast cancer cells. Because AT is also a naturally occurring hormone, these findings may have broad implications for regulation of breast cancer cell growth. AT regulation of another important mediator of apoptosis,

Fas antigen, is being studied. Fas antigen, a cell surface protein and member of the TNF receptor family, is a mediator of apoptosis in multiple cell types, but is not expressed in MCF-7 breast cancer cells. AT and interferon-gamma (IFN), in combination, act synergistically to inhibit growth of these cells, which encouraged us to examine their potential regulation of Fas-antigen expression. We found that AT and IFN in combination act synergistically to induce Fas protein expression in MCF-7 cells in a time-dependent and dose-dependent manner over 48 hours. Induction of Fas mRNA was assessed by quantitative RT-PCR. AT + IFN synergistically induced Fas mRNA within 6 hours, indicating transcriptional regulation of Fas antigen expression. Following induction of Fas antigen, treatment with Fas antibody alone resulted in minimal cellular growth inhibition. Coincubation of Fas antibody with cycloheximide resulted in a significant decrease in cell viability and stimulation of apoptosis between 6 and 12 hours of treatment. This was associated with characteristic morphologic changes of apoptosis and DNA fragmentation, and indicated the presence of endogenous inhibitors to Fas signaling in these cells. Inhibition to FAS signaling was not associated with the expression of FLIPS or FLIPL. The lack of expression of caspase 3 protein and the strong expression of bcl-2 protein confirmed the presence of a type II FAS signaling pathway, and strongly suggested that bcl-2 expression was responsible for inhibition of FAS mediated apoptosis in these cells. Confirmatory studies to test the ability of Bcl-2 small-interfering RNA to enhance Fas-mediated apoptosis are in progress. The induction of Fas-mediated apoptosis by AT + IFN suggests important new treatment strategies for breast cancer, and further clarifies the antiproliferative actions of these two naturally occurring agents.

The cellular, metabolic and molecular changes which occur in a normal breast epithelial cell in the development of a breast cancer are poorly understood and need to be defined. An understanding of these changes are important for defining the carcinogenic pathway of breast cancer, for identification of prognostic biomarkers for risk assessment, identification of biomarkers for selection and monitoring of chemoprevention agents, and for the development and evaluation of new chemoprevention drugs and chemoprevention strategies. To further define these characteristics we have developed high risk breast epithelial cell lines from normal high risk tissue from women with invasive breast cancer. These cell lines have normal breast epithelial cell morphology and express cytokeratins 14 and 18, and thus contain both basal and luminal cell types.

Gene expression profiles and their regulation by antiestrogens including aromatase inhibitors are being studied by cDNA microarray. This will allow identification of distinctive patterns of global gene expression between these two prominent naturally occurring antiproliferative agents. Confirmation of expression differences will be confirmed with duplicate array and quantitative RT-PCR. To identify potential changes in the carcinogenic pathway of the high risk cells, gene expression profiles of high risk cells will also be compared with those of normal nonrisk breast epithelial cells using the reference cell line MCF10A as an internal standard. In this manner important differences in the progression to the high risk state can be identified, as well as characterization of their regulation by important chemopreventive modulators.

Two clinical trials which compliment these studies have been initiated by Dr. Danforth.

The first trial is Protocol 02-C-0077, Characterization of High Risk Breast Duct Epithelium by Cytology, Breast Duct Endoscopy, and cDNA Gene Expression Profile. This is a collaborative study in which we will characterize the molecular, cytologic, and architectural changes in breast ductal epithelium associated with high risk for sporadic breast cancer. Breast ductal epithelial cells will be collected by breast duct lavage from the contralateral breast in postmenopausal women with ipsilateral breast cancer. These cells will be compared to ductal epithelial cells from the breast of female postmenopausal normal volunteers who are not at increased risk for breast cancer. Ductal epithelial cell specimens will be analyzed cytologically for the presence of hyperplasia, atypia, or in situ changes, and correlated with ductal architecture determined by duct endoscopy. The gene expression profile of normal and high risk ductal epithelial cells will be studied by cDNA microarray to determine changes in gene expression associated with increased risk for breast cancer. Additional molecular profiling experiments which will be performed include proteomic tissue lysate arrays, and fluorescence in situ hybridization with DNA probes for commonly altered oncogenes and tumor suppressor genes on cytological preparations. Postmenopausal women (normal volunteers) who subsequently receive estrogen replacement therapy will be reexamined three months after initiation of therapy by cytology and cDNA microarray to determine the effects of estrogens on cytology and gene expression of normal breast duct epithelium. This study of high risk epithelium may allow identification of early changes in the transformation of breast epithelium, as well as to facilitate identification of molecular markers for prognosis and risk assessment, and for the selection and evaluation of chemopreventive agents.

The second clinical trial is Protocol 02-C-00144. Establishment of Normal Breast Epithelial Cell Cultures, and a High Risk Cell Line and Tissue Repository from Breast Tissue from Women at High Risk for Breast Cancer. This is a collaborative study which is designed to promote identification and understanding of phenotypic, metabolic, and molecular changes which occur in high risk or premalignant breast epithelial cells. In this study a repository will be created of high risk breast epithelial tissues and cell lines from all major sites of breast tissue at increased risk for breast cancer. These will include: normal tissue adjacent to a breast cancer, normal tissue in the same breast at a site distant from the breast cancer, from the contralateral normal breast, from women with a strong family history of breast cancer (including BRCA1 and BRCA2 mutation carriers), from women without a history of breast cancer but with a Gail model risk estimate of breast cancer of > 1.67%, or from women with prior definitive mediastinal irradiation for lymphoma. Normal tissue will also be acquired from normal women not at increased risk for breast cancer. Short-term epithelial and fibroblast cell lines will be developed from this tissue. These cell lines and respective tissues will be used to establish a repository of high risk breast cell lines and breast tissues which can be used to further define the carcinogenic pathway for breast cancer, including the cellular, metabolic, and molecular characteristics, for cDNA and tissue arrays, and to develop a drug discovery program for chemoprevention agents using a cell line screen of high risk breast epithelial cells. It is planned that this will become a major resources for the study of premalignant changes in breast cancer. This diversification of cell line and tissue material will provide excellent complimentation to ongoing laboratories studies examining high risk breast epithelial cells, and to the clinical protocol described above characterizing high risk breast duct epithelium from the contralateral breast.

An improved breast epithelial sampling method for molecular profiling and biomarker analysis in women at risk for breast cancer.

Genomic changes in normal breast tissue at normal risk or at high risk for breast cancer.

Disparities in breast cancer outcomes between Caucasian and African American women: a model for describing the relationship of biological and nonbiological factors 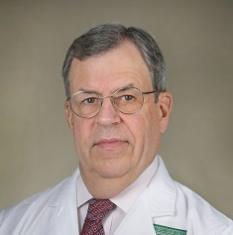 Dr. Danforth received his B.A. and M.D. from Northwestern University and his M.S. in physiology from the University of New Mexico. He completed his surgical residency at the New York Hospital-Cornell Medical Center, NYC, NY, and received fellowship training in surgical oncology at the Surgery Branch, National Cancer Institute, NIH, and at the M.D. Anderson Cancer Center, Houston, TX. Additional research training included a senior staff fellowship in the laboratory of Dr. Marc Lippman, NCI.

Notify the CCR-OD of Accepted Publications