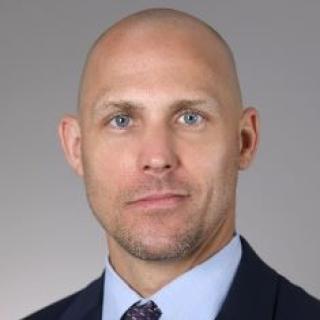 Cody Peer is a pharmacometrician and pharmacologist specializing in pharmacokinetic (PK) and pharmacometric (exposure-response) modeling and simulation. As Deputy Head of the Clinical Pharmacology Program (CPP). Dr. Peer leads a team whose mission is to fully characterize the clinical pharmacology of new anticancer agents entering the CCR clinics. The CPP also provides biospecimen collection and processing, bioanalytical support, and clinical trial design.

My research covers a broad range of fields spanning early drug development. The CPP specializes in optimizing formulations of drugs (IV, oral, subcutaneous, intraperitoneal) for first-in-animal efficacy, toxicity, and PK studies in species ranging from mice and rats, to pigs, woodchucks, rabbits and rhesus macaques.  We can inform as to optimal experimental design, including when to draw PK samples, in addition to performing PK analyses and using allometric scaling and PBPK modeling to predict human PK prior to first-in-human clinical trials.

The NCI conducts dozens of clinical trials, the majority of which are early-stage (Phase I, Phase II) where there is typically densely-sampled PK as a major focus of the trial. The CPP is a vital resource for these NCI trials by helping CCR investigators to optimally design their trial, dose levels and PK sampling timepoints based on animal or prior clinical data (as well as collect, process and store biospecimens). Our modeling expertise allows us to conduct noncompartmental, compartmental, or population-level PK or PK/PD analyses of each drug in each clinical trial.  Additionally, we can correlate drug exposure with clinical outcomes such as response and toxicity to allow a more informed decision for each drug’s next step in clinical development. That is, what dose or doses to test that would allow the drug the best opportunity to demonstrate efficacy and safety, and thus maximize the likelihood that the drug gains regulatory approval.

The CPP has a state-of-the-art bioanalytical facility that includes five ultra-HPLC with tandem mass spectrometers for sensitive small molecule quantitation. Our lab has three decades worth of proven bioanalytical assay development and validation, including several for new drug applications to the Food and Drug Administration (FDA). We also can perform immunosorbent assays (e.g., ELISAs) for quantifying larger protein-based drugs and antibody-drug conjugates (ADCs). All bioanalytical assays are developed, validated and performed in accordance with regulatory (FDA, ICH) guidance. 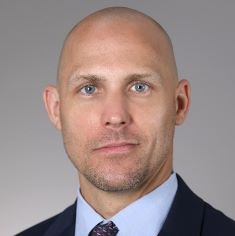 Dr. Peer completed his undergraduate work in chemistry at Dickinson College, then obtained a Ph.D. in pharmacology and pharmaceutical sciences at West Virginia University. His graduate work encompassed extensive collaborations with his advisor’s drug metabolism lab (Dr. Patrick Callery), pharmacology & pharmacokinetics (Dr. William Petros), and proteomics (Dr. Justin Hettick, NIOSH). Dr. Peer joined the Clinical Pharmacology Program at the National Cancer Institute (NIH) in 2009 as a postdoctoral fellow, under the tutelage of Dr. William Figg. His postdoctoral work expanded upon his pharmacology training to include population pharmacokinetics/pharmacodynamics (PK/PD) modeling. In 2012, Dr. Peer became a Research Fellow in this same lab while also furthering his training, which culminated in 2015 with a M.S. in pharmacometrics from the University of Maryland with Dr. Joga Gobburu.

Dr. Peer was appointed to a Staff Scientist position in 2016 and in 2021 became Deputy Head of the Clinical Pharmacology Program. He is very active at NIH, serving as a member of several committees including the NCI Drug Development Collaborative (2013 – present), the Molecular Targets Steering Committee (2011 – present) , and the Alliance for Clinical Trials in Oncology Pharmacogenomics and Population Pharmacology Committee (2019 – present). Dr. Peer served as the lead instructor in the MCAT prep course (2017-2019) and is the creator/lead instructor of a 4-day pharmacometric workshop offered through FAES. Additionally, he has earned numerous awards, including the NCI Clinical Director’s Clinical Excellence Award (2019), the NCI Leadership Merit Award (2020), the NCI Director’s Award (2020), and a NCI Technology Transfer Award (2020).