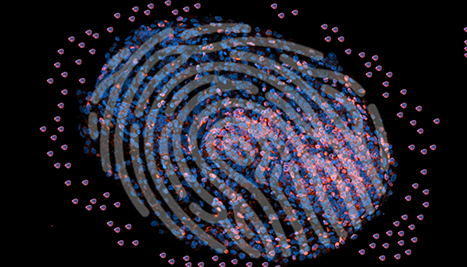 Scientists led by Nicholas P. Restifo, M.D., Senior Investigator in the Surgery Branch, have devised a way to revitalize cancer-fighting immune cells, restoring aging cells’ ability to multiply in the body and mediate tumor regression. The findings are an encouraging step toward generating more potent anti-cancer cells for immunotherapy.

The team’s method, reported March 20, 2018, in Cell Reports, uses stem-cell technology to reprogram mature anti-cancer T cells and direct their development into cells with more youthful properties. When administered to mice, the rejuvenated T cells persist in the body and suppress tumor growth.

Restifo and his colleagues hope that the same approach can be used to generate an abundant supply of long-lived cancer-fighting cells from a patient’s own blood cells.

Experimental treatments in which patients’ own cancer-fighting cells are grown to large numbers in the laboratory and then returned to the patient by infusion have been beneficial for some people. Not everyone responds to such treatments, however. One factor that seems to limit the effectiveness of these therapies is the age of the anti-cancer cells isolated from a patients’ blood, Restifo says.

Young T cells multiply prolifically and can remain in the body for a long time—but these abilities diminish as the cells mature. This deterioration can be accelerated in patients with cancer, creating an obstacle to effective immunotherapy. Induced pluripotent stem cell (iPSC) technology, in which adult cells are reprogrammed in the laboratory to return to a stem-cell state, gives researchers an opportunity to turn back the clock on aging cells, Restifo says.

To create a supply of tumor-fighting T cells with enhanced potential to survive and multiply, Raul Vizcardo, Ph.D, a research fellow in Restifo’s laboratory, began with iPSCs derived from an adult animal’s anti-tumor T cells. He then coaxed those stem cells, which retained the original cells’ ability to recognize and respond to tumors, to develop back into T cells.

To generate functional T cells that closely resemble the body’s own, the team set up a system in which the cells complete their development in thymic tissue—the natural environment in which young T cells are generated. The iPSCs begin their initial development in a culture dish before being transferred to this three-dimensional system. After about a week, mature immune cells emerge from the thymic tissue. Restifo and his colleagues call these cells thymic emigrants.

Induced pluripotent stem cell that mature into T cells entirely in a culture dish instead of inside thymic tissue can have numerous abnormalities that make them unsuitable for clinical use, Restifo says. In contrast, thymic emigrants have gene activity patterns similar to those of naïve T cells, a natural population that Restifo says are well equipped to fight tumors.

When the anti-tumor thymic emigrants were transplanted into tumor-bearing mice, the treatment suppressed tumor growth and prolonged the animals’ survival. Restifo and his team have now launched a clinical trial to investigate whether the new culture method is effective with iPSCs derived from patient T cells.