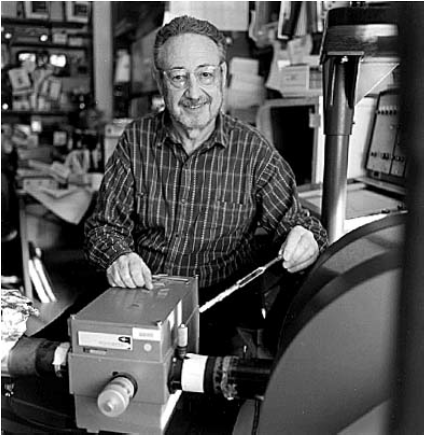 Peter Riesz, Ph.D., Senior Investigator in the Radiation Biology Branch and a friend and mentor to many of us passed away on Saturday, May 20, 2017.

Peter Riesz, Ph.D., Senior Investigator in the Radiation Biology Branch of the Center for Cancer Research, passed away on Saturday, May 20, 2017. Peter was born in Vienna, Austria. He spent his teenage years there but fled with his parents and sister to escape the Nazi occupation just before the Holocaust. He first moved to United Kingdom (UK) where he earned his bachelor’s and master’s degrees in chemistry from Oxford University in 1947. At Oxford, he was a classmate of Margaret Thatcher, the late prime minister of the UK, who was also a chemist.

Peter’s research centered around unraveling the chemical effects of ultrasound. He was the first to provide direct evidence for the generation of free radicals from ultrasound. He determined the threshold levels of ultrasound above which free radicals are produced and can cause harmful effects. Peter served as mentor to dozens of postdoctoral trainees and published numerous important papers.  Most of the fellows he trained went on to become prominent scientists.

After his retirement in 2010, Peter continued to come to NIH every day. He kept current with the scientific literature, enjoyed lunch every day at his favorite spot in the Building 10 cafeteria, discussing research and world politics.