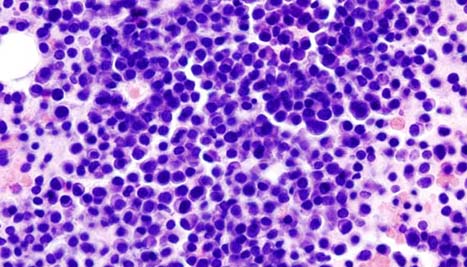 The trial will test a novel CAR T-cell immunotherapy in patients whose multiple myeloma has persisted or relapsed after at least three prior courses of therapy. The trial uses a fully human molecule as part of the therapy, unlike a similar trial earlier this summer which used some components derived from mouse genes. This trial is currently open and recruiting patients.

Multiple myeloma is a type of cancer where white blood cells, known as plasma cells, multiply uncontrollably in the bone marrow. “The disease is almost always incurable,” says Kochenderfer, the leader of the trial. “It’s very resistant to treatment. Patients will get a temporary response and then relapse.” Indeed, even with treatment, life expectancy for those diagnosed with early-stage multiple myeloma is only about five years.

Currently, multiple myeloma treatment involves medication (such as drugs that adjust the immune response), chemotherapy or a stem-cell transplant. In a stem-cell transplant, cells from the patient’s bone marrow are removed and replaced with healthy donor stem cells, some of which mature into T-cells, another class of disease-fighting white blood cells, in hopes that they will destroy the cancer cells. Although stem-cell transplants can lead to long-term remissions, they often result in a potentially fatal condition in which donor stem cells destroy healthy tissue.

CAR T-cell therapy sidesteps this problem since it doesn’t require donor cells. Instead, it involves collecting patients’ own T-cells, inserting a gene in them for a receptor that targets specific proteins on cancer cells, and then coaxing them to multiply in the clinic before infusing the new cells back into patients. Ideally, the new cells will further expand their numbers in patients, zero in on cancer cells that express the protein target, and destroy them.

Kochenderfer and his lab were the first to develop a BCMA-targeted CAR construct. They tested an early version in a phase I clinical trial involving 16 patients. Thirteen patients responded to treatment, and three are experiencing ongoing responses of over a year. This new construct may be more effective than an earlier construct that contained an artificial molecule. The new version is fully human, making the patient’s immune system less likely to recognize it as foreign and destroy it. Preclinical work led by Norris Lam, a biologist in Kochenderfer’s lab, has conducted extensive experiments to develop the new fully human CAR. These experiments have shown that the new construct performs better in mice than the anti-BCMA CAR used in the earlier NCI anti-BCMA CAR trial.

In the phase I trial of the new CAR construct, the researchers will first treat three patients with a very low dose of CAR T cells. Once that dose proves to be safe, they will treat another three patients with a higher dose, and so on until they determine the maximum dose patients can tolerate. If Kochenderfer and his team can demonstrate that treating multiple myeloma with their new CAR construct is safe and feasible, and at least as effective as the early construct, they will proceed with a phase II trial. “Our goal is to develop T-cell therapies that give long-term, lasting remissions,” Kochenderfer says.