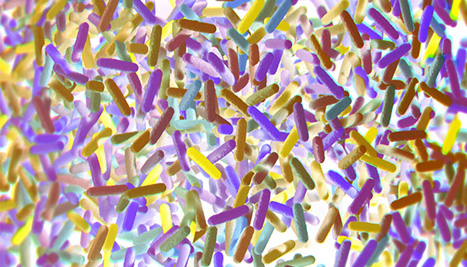 A research team in NCI’s Center for Cancer Research in collaboration with investigators at Peking University Health Science Center (PUHSC), Beijing, has found a pathway by which the anti-diabetes drug metformin could affect bacteria in the gut and how that pathway could be supplemented to benefit patients. The researchers looked at individuals with type 2 diabetes who took metformin and found a decrease in the abundance of species of a bacterium known as Bacteroidesfragilis in their gut, which led to increased levels of the bile acid glycoursodeoxycholic acid (GUDCA). The findings, reported by lead researchers Changtao Jiang, M.D., Ph.D., Professor at PUHSC, and Frank J. Gonzalez, Ph.D., Chief of the Laboratory of Metabolism in CCR, and colleagues appeared November 5, 2018, in Nature Medicine.

Metformin has been used as an anti-diabetes drug for more than 60 years because of its distinct glucose-lowering effects and good safety profile. How metformin reduces hyperglycemia is still not fully understood.

To improve the understanding of how metformin works, the researchers collected blood and stool from individuals with newly diagnosed type 2 diabetes before and after they took 1,000 milligrams of metformin twice daily for three days. The composition of gut bacteria was significantly reshaped by metformin, with Bacteroidesfragilis being the bacterium that was most diminished. This diminishment induced accumulation of the bile acid GUDCA, which inhibited a cell receptor in the nucleus, FXR, from signaling in the intestine, leading to lower levels of toxic lipids that cause diabetes.

In a second part of the research effort, the researchers transferred gut bacteria from people on metformin to mice with depleted gut bacteria to examine if metformin’s action on glucose metabolism was similar to that found in humans. The investigators determined that the effect of metformin on B. fragilis was due to suppression of several factors, including folate, an essential component of vitamin B9. The exact mechanism by which metformin regulates folate metabolism needs further investigation.

“This is a major advance in understanding the mechanism of metformin’s effects on type 2 diabetes, a major risk factor for cancer,” said Dr. Jiang.

In a final step in their research, direct oral administration of GUDCA to diabetic mice led to the favorable metabolic response seen with metformin. Based on these results, the scientists suggest that GUDCA may be safe and effective for humans to take.

“Our next step is to look at how metformin can reduce tumor formation in mice as diabetes can increase cancer risk by up to 30 percent. This new research may give us an additional level of understanding into the mechanism of this much-used drug,” concluded Dr. Gonzalez.