Dinah Singer, Ph.D., came to NCI in 1975 as a Postdoctoral Fellow in the Laboratory of Biochemistry, but soon created a career for herself in the Experimental Immunology Branch. Her interest in how genes are regulated to control biological function led her to focus on major histocompatibility complex class I genes (MHC Class I)—molecules critical to immune system function—as a model system for complex regulation of ubiquitously expressed genes across cell types and molecular contexts. Using this system to study the sequence elements and factors that control transcription, her laboratory continues to uncover fundamental principles of gene regulation. In addition to her active research career, Singer has served since 1999 as Director of NCI’s Division of Cancer Biology, which manages a portfolio of over 2,200 grants to extramural investigators. 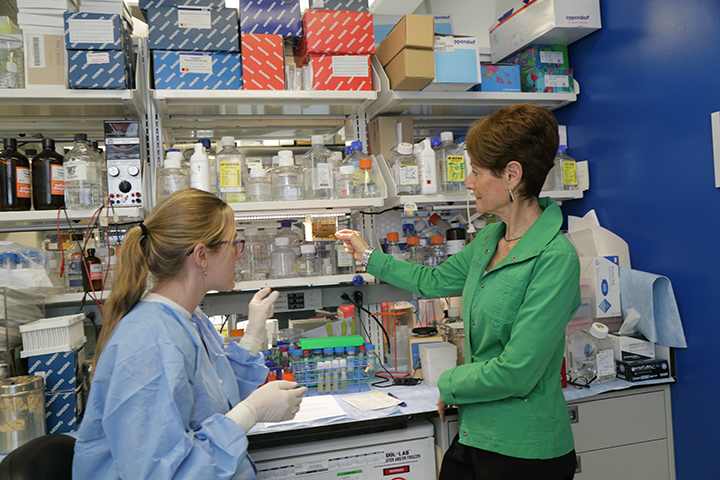 MHC Class I proteins bind intracellular peptides and present them on the surface of cells for immune surveillance. This presentation is critical for the development of immune cells, which learn to identify “self” from “nonself,” and for their ability to mount an appropriate defense upon presentation of foreign antigens. MHC Class I proteins are expressed ubiquitously, but at different levels in different cell types. They can also be induced by various immune triggers and hormones. Singer chose this model system to ask how the regulation of gene transcription reflects its biological function and context.

“Our major contribution has been to make that linkage between regulation and function,” said Singer. “We’ve shown that MHC Class I gene transcription is regulated both in a tissue-specific fashion and in response to hormone and cytokine signaling. Moreover, transcription is very tightly regulated and any perturbation leads to an aberrant immune response. Low levels of MHC Class I gene expression are associated with defective immune surveillance. Overexpression also leads to a defective immune response, but in the form of autoimmunity.” 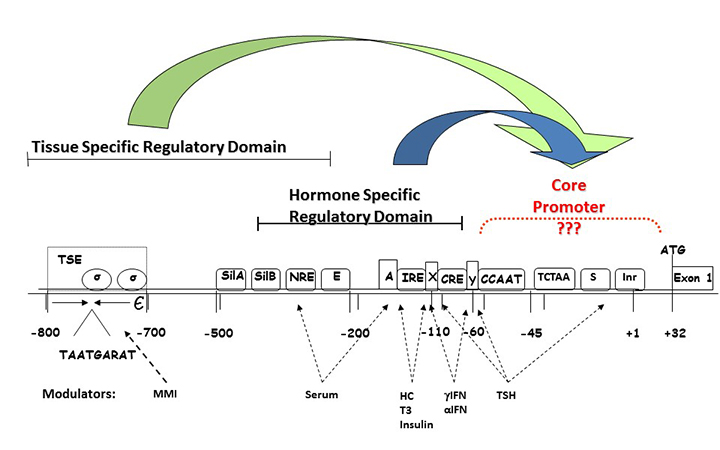 Intracellular and extracellular pathways target distinct domains of the MHC Class I upstream regulatory region but are integrated at the core promoter. (Figure: D. Singer, CCR)

Singer’s group has extensively studied the role of individual transcription factors, coactivators, and sequence elements regulating the MHC Class I genes, in the context of cellular phenotype and function. They have found, for example, that constitutive expression and activation by chemokines are under the control of different transcriptional cofactors.

Key to their work has been a combination of in vitro and cellular studies with the development of genetically engineered mouse models. Singer’s laboratory was the first to make a transgenic MHC Class I mouse, in order to understand the minimum requirements of gene expression in vivo. “Over the last 20 years, we have developed an emphasis on verifying in vivo what we observe in vitro and in cell lines. There aren’t many labs studying transcriptional regulation that use this approach as extensively as we have,” said Singer.

Singer’s work has recently led her to reconsider the role of core promoters in transcription. Classical descriptions of transcriptional regulation point to a core promoter region, defined as the smallest piece of DNA necessary to direct transcriptional initiation by the enzyme RNA polymerase II and containing specific DNA sequence elements. However, recent genome-wide analyses have generated a much more complex picture.

To examine this complexity at the MHC Class I promoter, Postdoctoral Fellow Zohar Barbash, Ph.D., and Staff Scientist Jocelyn Weissman, Ph.D., led a study to assess the functional roles of each of the core promoter sequence elements in transgenic mice expressing the MHC Class I gene, PD1. They found that none of the four known core promoter sequence elements were required in vivo for transcription initiation. Instead, each element had a distinct role in regulating tissue-specific expression or modulating responses to cytokines.

“We have come to see even the core promoter as a more flexible platform for transcriptional regulation, which does not depend on a single element to support initiation,” said Singer. 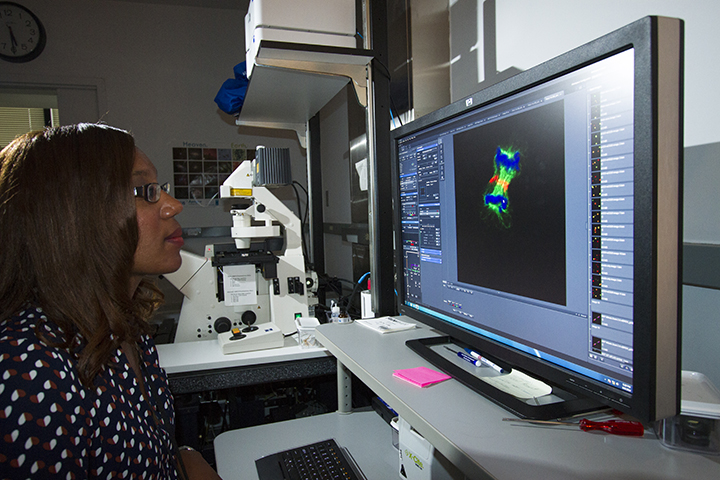 From Transcription to Chromatin Structure

“When I started out, there were basically two fields of molecular biology,” said Singer. “One was looking at transcription, really with a focus on bacterial and viral transcription. The goal was to identify and characterize promoters, core promoter elements, upstream regulatory elements, and so on. In parallel, and to a large extent independently, the field of chromatin biology was describing nucleosomes, histones, and packaging of the different chromatin fibers. Over the last 5 to 10 years, those two fields have come together in a very real way. The conceptual synthesis has been a fundamental change in our thinking about nuclear biology, chromatin, and transcription. One of the big questions right now is how nuclear organization affects regulation of gene expression.”

Singer’s work on MHC class I gene regulation uncovered an unexpected player in the bromodomain protein, BRD4. BRD4 was first identified as a scaffold that binds to chromatin and recruits additional molecules involved in DNA regulation. BRD4 became an important drug target when it was found to be overexpressed in some cancers, where it enhances the expression of cell-cycle-related genes thought to contribute to the cancerous phenotype.

“We discovered that BRD4 is a kinase and phosphorylates RNA polymerase II, to aid in transcription and elongation,” said Case-Borden. “We are trying to validate that biochemical process to see how it affects cell cycle and global gene expression. We are also developing mouse models that express a mutant BRD4 to further elucidate its biological function.”

Led by Staff Scientist, Ballachanda Devaiah, Ph.D., Singer’s team has also described a new role for BRD4 as a histone acetylase transferase (HAT). Transcriptional activation depends on acetylation of histone proteins, which loosens their hold on DNA, allowing the transcriptional machinery access to target genes. Acetylation at one particular amino acid reside, lysine 122 on histone H3 (H3K122), destabilizes the bond with DNA sufficiently to evict the histone. Singer and her colleagues have shown that BRD4 not only acetylates a unique pattern of lysine residues on multiple histones, it is also capable of acetylating H3K122, which ultimately leads to an unpacking of the chromatin and increased transcription.

In another series of experiments, a collaboration with David Levens, M.D., Ph.D., Senior Investigator in CCR’s Laboratory of Pathology, and Keji Zhao, Ph.D., Senior Investigator in the National Heart, Lung, and Blood Institute’s Laboratory of Epigenome Biology, has demonstrated that BRD4 cooperates with the enzyme topoisomerase I to relieve the physical stresses of coiled DNA to aid in transcriptional elongation.

“BRD4 has become a very popular drug target,” said Case-Borden. “Many studies have demonstrated that inhibiting BRD4 binding biochemically, decreases disease-related gene expression in the cells and ultimately reduces the disease phenotype. Considering that BRD4 is a multifunctional protein—a scaffolding protein, a kinase, a HAT—it is important to study how these functions are also affected in these conditions. Moreover, the long-term effects of BRD4 inhibition have yet to be fully elucidated. One of our goals is to determine how these functions fit together and consider the bigger picture, not just one aspect of BRD4 function.”

Singer became involved in scientific policy and administration many years before she became Director of NCI’s Division of Cancer Biology, first through activities with the NIH Biosafety and Cooperative Research and Development Agreement (CRADA) committees and later at the Howard Hughes Medical Institute as a senior science officer.

“As a scientist, I felt I had a responsibility and interest in giving back to the community. At first, I felt I needed to give back locally, and then, realizing that being here at NIH as a scientist is a very fortunate position, I wanted to extend my efforts beyond the intramural community,” said Singer.

As Division Director, Singer is responsible for managing a multimillion-dollar portfolio of investigator-initiated cancer biology grants. Her goal is to ensure continuation and stability within that portfolio through interactions with grantees. In addition, she uses her perspective over the full landscape of cancer biology to try to anticipate where the field is going, to merge new areas, and to help establish funding opportunities and consortia. 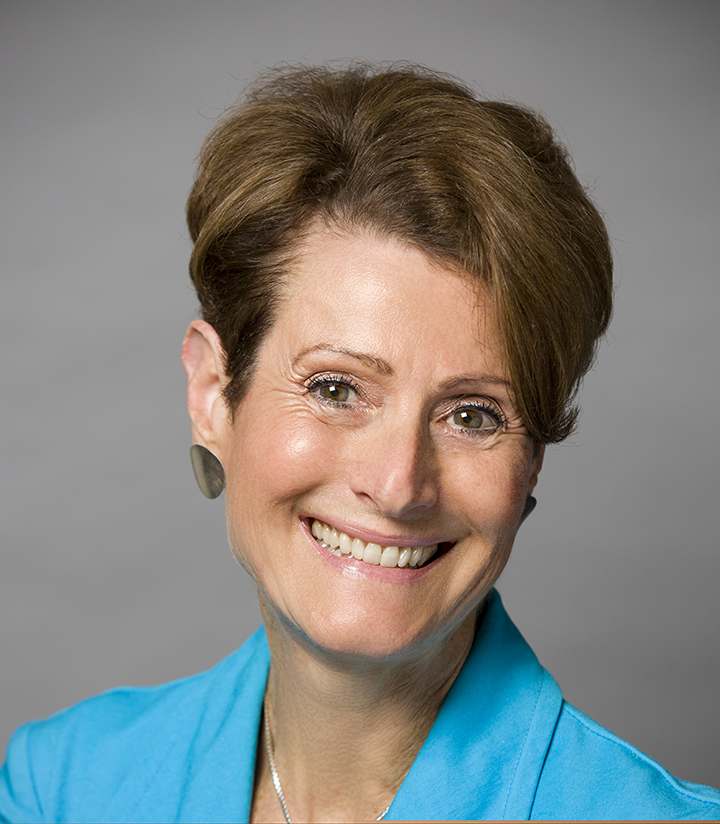 “Fifteen years ago, we set up a consortium for mouse models of human cancer; that really spurred the field to use and develop those models,” said Singer. “We developed a network for tumor microenvironment research, an area that was recognized as important but had not yet flowered completely. We’ve also had a successful program in systems biology and predictive computational models of cancer.”

Earlier this year, Acting NCI Director Doug Lowy, M.D., asked Singer if she would agree to take on an additional role as Acting Deputy Director to help with Vice President Biden’s Cancer Initiative. She will co-chair a Blue Ribbon Panel to develop scientific recommendations for the Cancer Initiative. She retains her position as Division Director, but her deputy has taken the reins as Acting Director.

“The Cancer Initiative could create a lot of exciting opportunities at a time when the field is really ripe for taking advantage of all the things we’ve learned,” said Singer. “This will give us a chance as a community to articulate our priorities and invest in them.”

Singer splits her days between her laboratory and the Division. She places a strong emphasis on mentorship, harkening back to her experiences as a mentor in high school. “I used to teach swimming to both kids and adults. I learned how to deal with people’s fear and to recognize what they need to learn. I tutored in high school and in college and that carries over.”

She credits the success she has had to the people she works with. “I have excellent people in my Division—a wonderful staff of program directors that function quite well in my absence. And in the laboratory, I have staff scientists who have been with me for many years, who know what my philosophy is and provide mentorship that complements mine,” said Singer.

Singer is in a unique position to see the merits of both the intramural and extramural programs. She values both, but feels fortunate to be in CCR. “We have opportunities to pursue areas of research not easily supported extramurally,” explained Singer. “Our reviews are retrospective, so we have more flexibility to try things that are new and innovative. Our first transgenic mice and our studies of BRD4 would have been much harder on the outside. The intramural program plays a special role in supporting both science and the people who do it.”