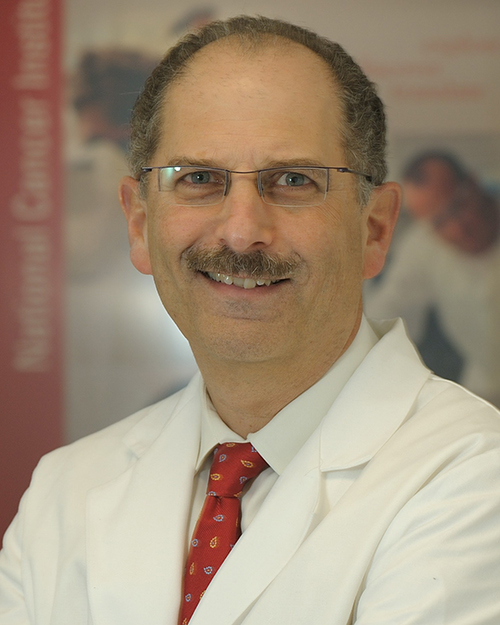 Lee J. Helman has been named CCR Acting Director. He received his M.D. from the University of Maryland School of Medicine and completed his internship and residency in internal medicine at Barnes Hospital Washington University, where he served as Chief Resident. Helman began his fellowship training at NCI in 1983. He received his postdoctoral training in the Pediatric Branch and became Head of the Molecular Oncology Section, Pediatric Oncology Branch, in 1993. He served as Chief of the Pediatric Oncology Branch from 1997 to 2007 and, in 2007, became CCR’s Scientific Director for Clinical Research, a position he currently holds. Helman’s laboratory focuses on three major themes related to the biology and treatment of pediatric sarcomas, specifically rhabdomyosarcoma, Ewing’s sarcoma, osteosarcoma, and pediatric GIST tumors: (1) determining the pathophysiologic consequences of IGF signaling; (2) identifying the molecular/biochemical determinants of the biology of these sarcomas; and (3) applying preclinical laboratory findings to the development of novel clinical studies for these sarcomas. 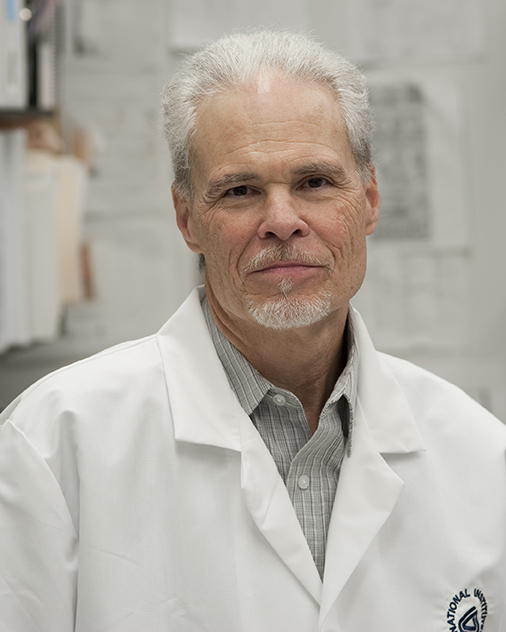 Glenn Merlino has been appointed CCR Acting Scientific Director for Basic Research. Merlino received his Ph.D. from the University of Michigan and then joined NCI as a Postdoctoral Fellow under Ira Pastan, M.D. He became Chief of CCR’s Laboratory of Cell Regulation and Carcinogenesis in 2004 and Co-Chief of CCR’s Laboratory of Cancer Biology and Genetics in 2006. Merlino has made notable contributions in the areas of receptor tyrosine kinase signaling, oncogenic transformation, transcriptional regulation, cell cycle regulation, multiple drug resistance, and genomic instability. Currently, using genetically engineered mouse models of human cancer, Merlino is seeking to elucidate the complex molecular programs governing melanoma genesis and progression. He is developing improved preclinical melanoma models to study inherent and acquired resistance to targeted and immune-based therapeutics. 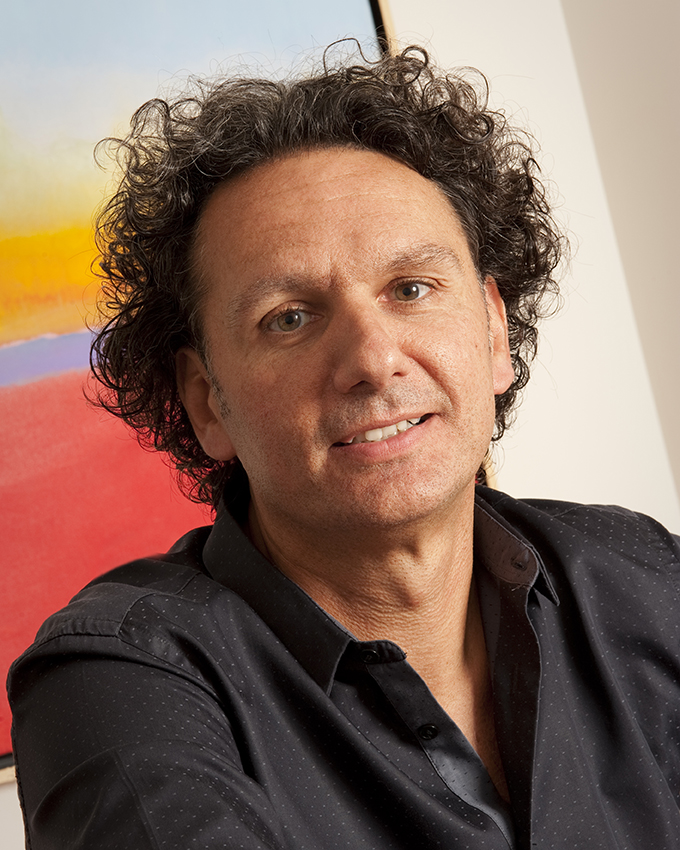 Tom Misteli has been named CCR Senior Deputy Director for Research. He is a Senior Investigator in the Laboratory of Receptor Biology and Gene Expression, where he leads the Cell Biology of Genomes Group. He obtained his Ph.D. from the University of London, U.K., and was a Postdoctoral Fellow at the Cold Spring Harbor Laboratory in New York. He is internationally recognized for pioneering the field of genome cell biology. His laboratory’s focus is to uncover fundamental principles of spatial genome organization and to apply this knowledge to the development of novel diagnostic and therapeutic strategies for cancer and aging. 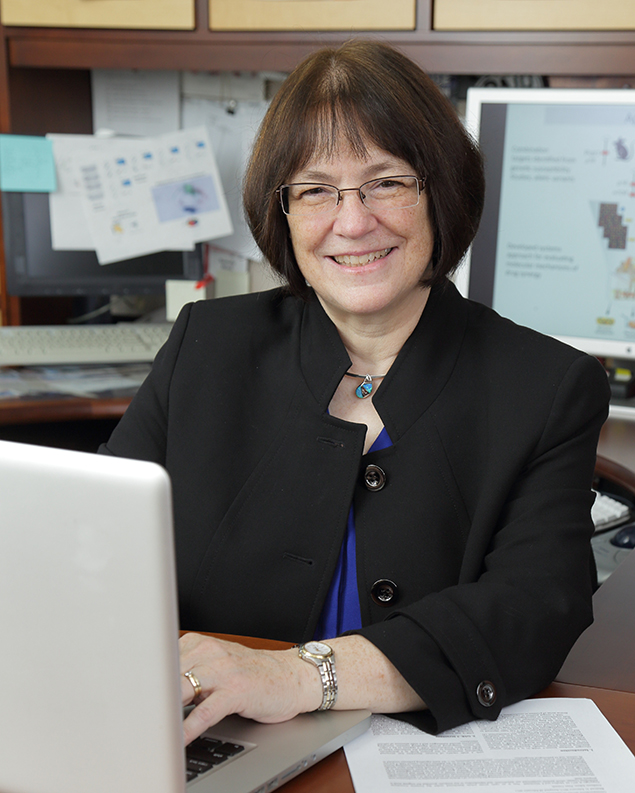 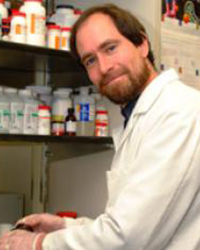 Eric Freed has been appointed Director of CCR’s HIV Dynamics and Replication Program (HIV DRP). He obtained his Ph.D. from the University of Wisconsin-Madison, where he also conducted postdoctoral work. When Freed first came to NIH, he joined the National Institute of Allergy and Infectious Diseases. Freed joined CCR’s HIV DRP in 2003 and was named Deputy Director in 2014. His research focuses on combining virology, molecular biology, and cell biology approaches to study the late stages of the virus replication pathway, specifically Gag assembly, membrane targeting, envelope glycoprotein incorporation, virus budding, and maturation. His team has also been involved in the development of HIV-1 maturation inhibitors. 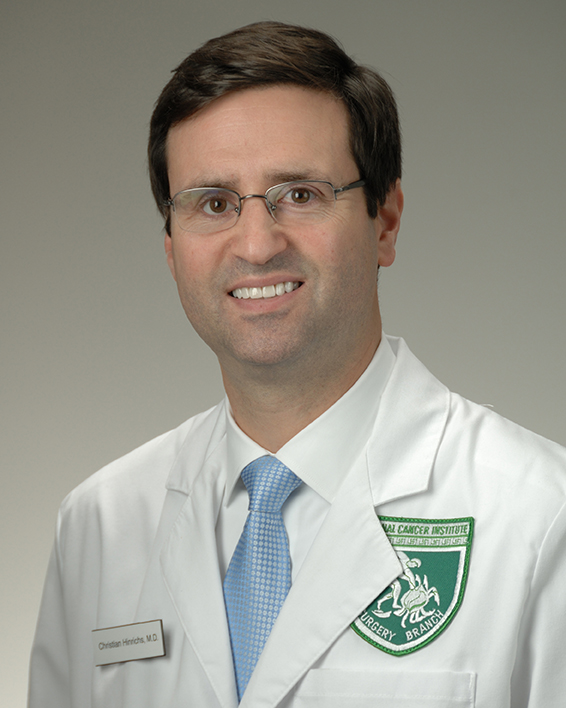 Christian Hinrichs joins CCR’s Experimental Transplantation and Immunology Branch as a Tenure-Track Investigator. He is also a Lasker Clinical Research Scholar. He received a combined B.A./M.D. degree from the University of Missouri-Kansas City (UMKC). He completed a residency in general surgery at UMKC, followed by a fellowship in surgical oncology at Roswell Park Cancer Institute in New York. Hinrichs then joined CCR’s Surgery Branch as a Surgical Oncology Fellow. Subsequently, he completed an internal medicine residency at George Washington University and a medical oncology fellowship with CCR’s Medical Oncology Branch. After completing this training, Hinrichs became an Assistant Clinical Investigator in CCR’s Surgery Branch. He conducts translational research and clinical trials to develop T-cell therapies for cancers caused by human papillomaviruses. 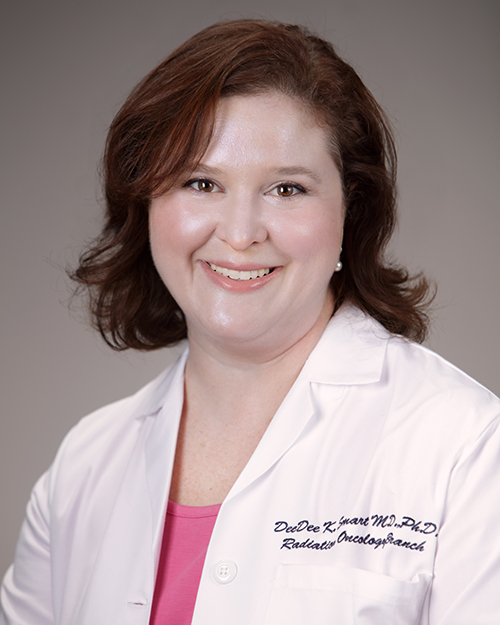 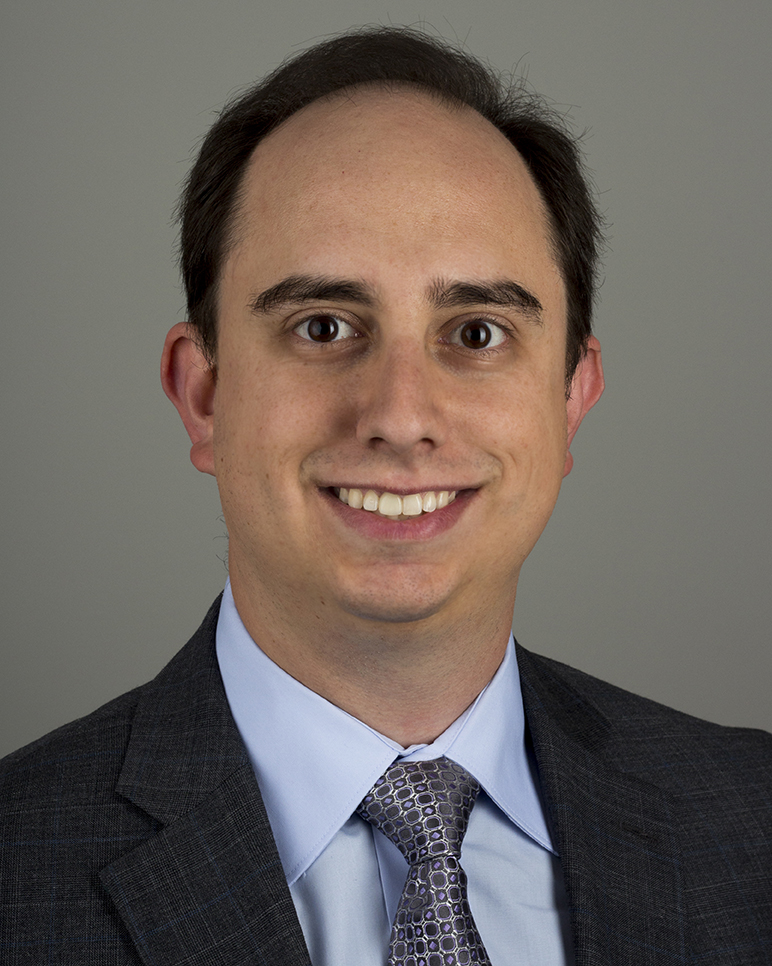 Adam Sowalsky joins CCR’s Laboratory of Genitourinary Cancer Pathogenesis. He received his Ph.D. from Tufts University’s Sackler School of Graduate Biomedical Sciences. He conducted postdoctoral training at Tufts University School of Medicine as well as at Harvard Medical School/ Beth Israel Deaconess Medical Center. During his fellowships, Sowalsky was also a Senior Lecturer of Biochemistry and Genetics at Northeastern University. Following his fellowship, he was appointed as an Instructor in Medicine at the Harvard Medical School and a Staff Scientist at Beth Israel Deaconess Medical Center. The central theme of Sowalsky’s research is understanding the biology of the molecular events associated with prostate cancer development, progression, and resistance to therapy. In particular, his research explores changes in gene expression that occur with each stage of prostate cancer and the genomic mutations that accompany them. In addition, Sowalsky is developing precision assays for the noninvasive detection of aggressive or recurrent disease.