Radiation Therapy in the Modern World

Deborah Citrin, M.D., Senior Investigator in CCR’s Radiation Oncology Branch, came to the NIH in 2001 as a radiation oncology resident after completing her medical training at Duke University. She continued her training through the CCR Clinical Investigator Development Program, which is specifically designed to aid in the transition between a mentored position and that of an independent investigator. In 2007, Citrin became a Tenure-Track Investigator and was awarded tenure earlier this year. Throughout her years of training and service, Citrin has been committed to improving the efficacy of, and reducing the complications that arise from, one of the most effective treatments we have for cancer: radiation. 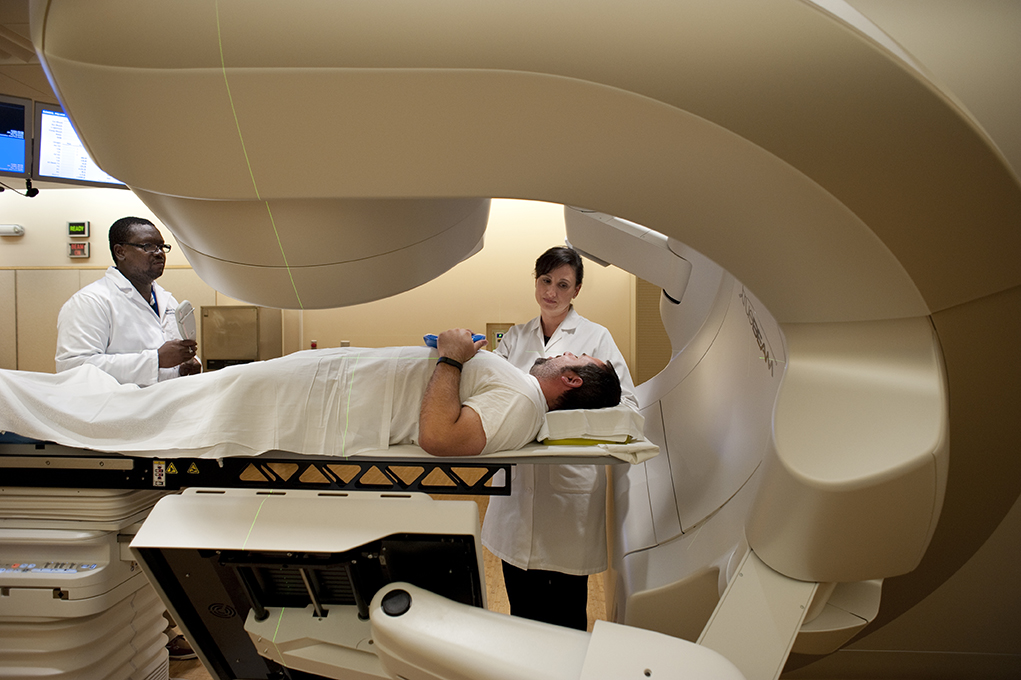 The goal of all of my work is to improve radiation treatment for patients who have cancer, either by further sensitizing tumors to radiation damage or protecting healthy tissue from it. Radiation therapy works by bombarding cells with highly energetic electromagnetic waves or particles, either from an external source or an internally placed radioactive source. The radiation can damage DNA and other molecules in all cells, but rapidly proliferating cells like cancer are most vulnerable to destruction. In one sense, radiation was one of the first targeted treatments for cancer; like surgery, it is localized to a particular treatment area. And, thanks to improvements in the underlying technology, we have had impressive advances in radiation treatment delivery over the last century, such that we are able to better target tumors and spare most normal tissue. Nonetheless, damage to healthy tissue is still a concern whenever radiation is applied.

Radiation fibrosis is a scarring, which can occur in organs like the lungs or the skin, causing tremendous complications, morbidity, and even mortality. It has often been considered an irreversible side effect. We have studied radiation fibrosis extensively in the laboratory, with the goal of developing therapeutics. Unlike acute radiation injury, this kind of scarring can happen months to years after treatment. Thus, we have to develop longer-term models in animals and cell cultures than typical cancer models. It can take four to six months to study, treat, and follow the progression of fibrosis in mouse models, making these experiments time consuming and expensive.

We’ve known since the 1960s that inflammation is very important in radiation injury; you can visualize it in stained tissues. Because of its involvement in inflammation and fibroblast activation, many in the field have focused on TGF-β as a key molecular driver of radiation fibrosis.

Instead of focusing on this single molecule or the late time point at which we see the manifestation of injury, we have taken a basic approach to understanding the chronology and molecular pathways that are activated, beginning at the time of exposure to radiation, then into the latent phase in which we do not see any manifestation of injury, and finally into inflammation and fibrosis. Through this approach, we hope to find novel pathways and processes that may be amenable to intervention before the damage is irreversible. 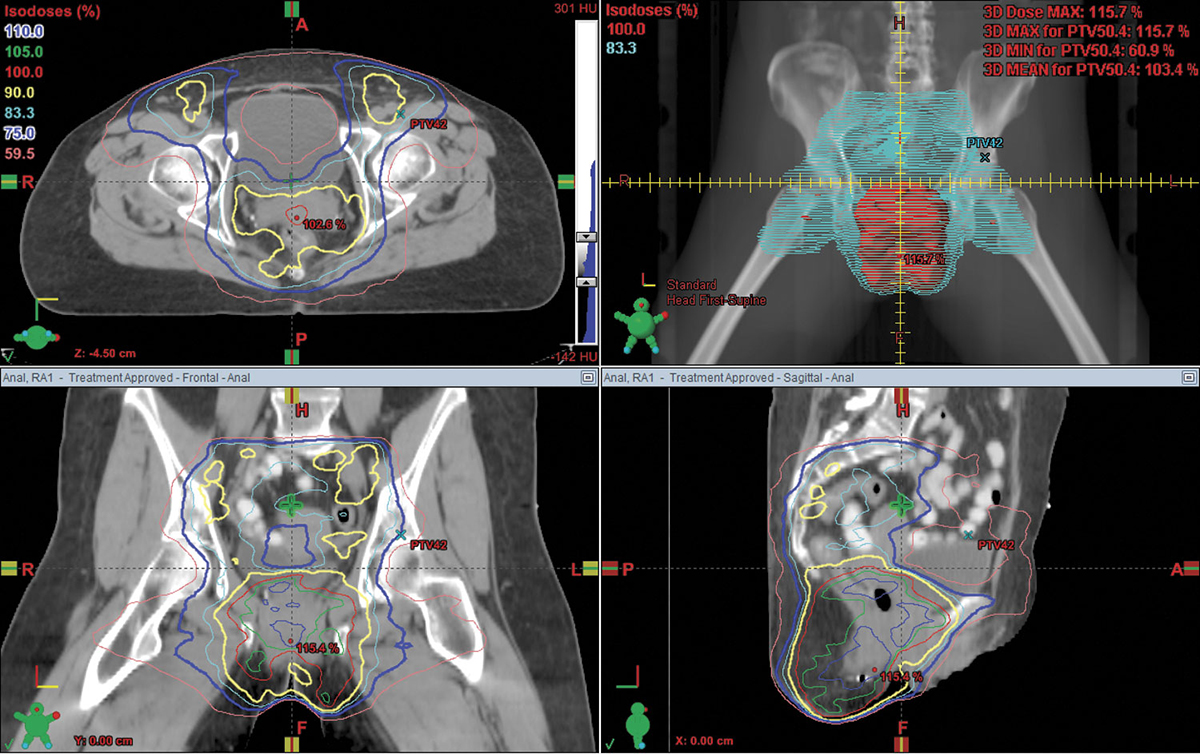 We have also found that the senescent cells are capable of promoting senescence in otherwise healthy cells through a paracrine process involving the secretion of cytokines or other protein factors. Thus, it is possible that radiation damage to a few cells goes on to induce senescence in additional stem cells in a positive feedback cascade. Intervention in this process could stop the progression of the fibrosis.

We have identified several agents that are capable of preventing both senescence and fibrosis in our models, and we have many more targets of interest based on the patterns of gene expression we observed. We have a few agents that may be useful in the treatment or prevention of fibrosis, if they are delivered to patients. For some of these studies, we have been working closely with James Mitchell, Ph.D., Chief of CCR’s Radiation Biology Branch.

“We recently found that plasminogen activating inhibitor-1 (PAI-1), known to be important for fibrosis through the stabilization of fibrin, is a critical mediator of senescence.”

For example, we recently found that plasminogen activating inhibitor-1 (PAI-1), known to be important for fibrosis through the stabilization of fibrin, is a critical mediator of senescence. Our collaborator, Mary Jo Mulligan-Kehoe, Ph.D., who was at Dartmouth University until her retirement, developed a truncated PAI-1 protein that essentially prevents the signaling cascade activated by PAI-1, reducing fibrin stabilization, fibrosis, and senescence.

Currently, we are trying to understand the best timing for delivering these agents because we would like to intervene as early as possible, while also restricting the intervention to those patients most likely to develop the complication. A mouse’s lifespan is much shorter than that of a human; how do we translate the effects we are seeing in our models onto the human timescale?

As a different approach to mitigating radiation injury, we have also looked at mesenchymal stem cells from the bone marrow. These are multipotent cells with anti-inflammatory properties. We have found that just a single dose of these cells administered systemically to our mice is sufficient for dramatically reducing fibrosis. A single infusion completely changes the biology of the tissue. The cells migrate to the site of radiation injury, altering the inflammatory response. We have now demonstrated this effect in both the skin and lungs of our animal models. It would be relatively straightforward to use donated cells to treat patients based on a similar strategy. For this work, we have been collaborating with Pamela Robey, Ph.D., Chief of the Craniofacial and Skeletal Diseases Branch, National Institute of Dental and Craniofacial Research, and Co-Coordinator, NIH Bone Marrow Stromal Cell Transplantation Center.

“My focus has moved toward studying cases of resistance to radiation in order to allow us to rationally select new agents for study as sensitizers.”

MTS-01 is easy to use; it is applied once daily just before radiation treatment. We have completed the trial and seen some very promising responses in individual patients (see “Finding the Right Care”), but we do not have the final data yet to know how well MTS-01 worked overall. We are still following patients to study the long-term differences in toxicity. The compound is currently being developed in a randomized clinical trial, which includes hundreds of patients, for a similar indication, so hopefully its value will become apparent.

In addition to looking for ways to protect healthy tissue from the effects of radiation damage, I have been looking for ways to sensitize tumor cells so that the same or lower doses of radiation are more effective in destroying diseased tissue. For example, we have known that the Ras pathway is activated rapidly after radiation and that mutations in the Ras pathway are associated with radiation resistance. So, several years ago, we decided to test the hypothesis that inhibiting one of the signaling molecules downstream of Ras, i.e., MEK with AZD6244/selumetinib, would make tumors more vulnerable to radiation. Following up on favorable results in a variety of cell lines, we went on to look at combinations of chemotherapy, radiation therapy, and the MEK inhibitor in animal models, with an eye towards clinical translation. Ultimately, this led us to a clinical trial of this combination for rectal cancer. A newer generation of MEK inhibitors is now being tested in combinations at other institutions.

“...we have an excellent curative track record with radiation...”

Multiple investigators at CCR and elsewhere have also identified other pathways implicated in radiation resistance, such as AKT, mTOR, and DNA repair, and developed radiation sensitizers. We learn more about the biology of irradiated tissues at the same time as we identify sensitizers. For example, if we find that inhibiting a pathway enhances the effect of radiation on a tumor, we may find other tumors or cell lines that are not similarly sensitized. These tumors can teach us a great deal about the mechanisms of resistance to the sensitizer. More importantly, perhaps, is that we can identify biomarkers of efficacy, predict more accurately prior to treatment which tumors may be sensitized with the combination, and identify redundant pathways that may also be targeted simultaneously to allow effective sensitization. Unfortunately, for every agent we identify as a sensitizer, there are many agents that are found to be ineffective in this regard, despite sound biologic rationale. Although we can identify agents that sensitize tumors in this fashion, there is a great deal of interest in using alternative methods to identify candidate radiosensitizers. My focus has moved toward studying cases of resistance to radiation in order to allow us to rationally select new agents for study as sensitizers.

In my clinical work as a radiation oncologist, I specialize in genitourinary malignancies. In prostate cancer, for example, we have an excellent curative track record with radiation, but a small subset of patients develop recurrences locally, distantly (metastatic), or both locally and distantly. We do not know why patients with similar cancers, i.e. identical Gleason scores and PSA levels, can have such different outcomes. 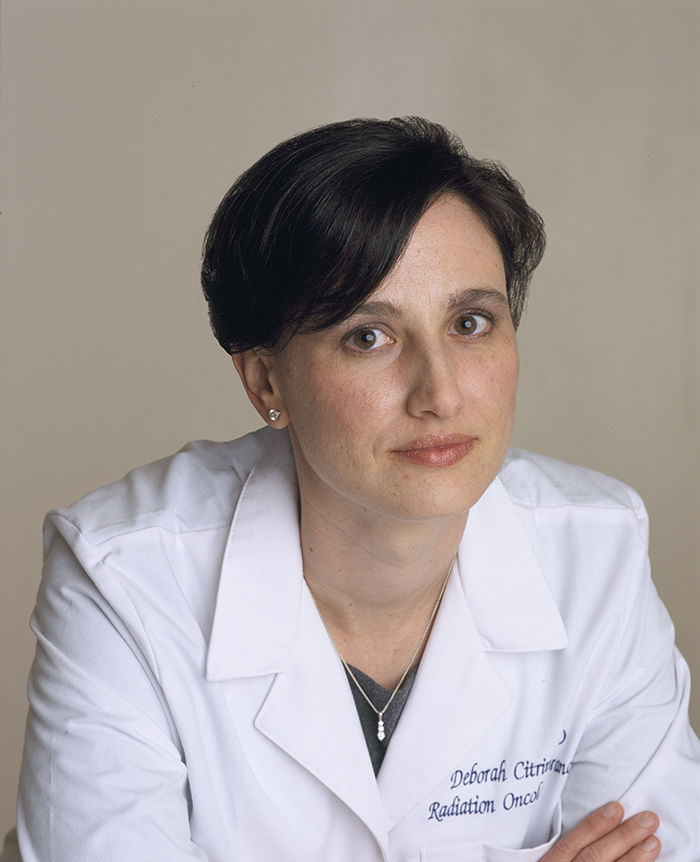 I felt we needed a more systematic approach to generating candidate targets for radiation sensitization. So, we opened a protocol to collect and analyze prostate cancer tissue, with the goal of determining which pathways are activated in tumors that are subsequently resistant to radiation compared to tumors that are not. By taking biopsies before radiation therapy and if a patient fails radiation therapy, we will hopefully gain insight into the abnormalities in particular tumors that resulted in radiation resistance and, ultimately, be able to more rationally select potential sensitizers. Eventually, if we can validate our observations, we will pursue interesting targets in the laboratory by studying them initially in cell lines. This work is truly a collaborative effort, relying on my colleagues Peter Choyke, M.D., Director of CCR’s Molecular Imaging Program; Brad Wood, M.D., Director of the NIH Center for Interventional Oncology; and Peter Pinto, M.D., Investigator in CCR’s Urologic Oncology Branch. Hopefully, this work will guide care in the future by allowing us to more rapidly predict response to treatment or perhaps to identify patients who need more aggressive treatment after radiation.

I typically spend at least one day per week as the attending physician in the Radiation Oncology clinic. My patients include those who are on protocols that I have initiated as well as those who are on other protocols within NCI and even NIH. Our branch provides radiotherapy for an increasing number of clinical trials initiated in other branches and institutes. For example, as the field of immunotherapy has matured, there has been a strong interest in combining stereotactic body radiation to induce tumor necrosis and trigger the subsequent response of the immune system to tumor antigens. We also provide radiotherapy for a substantial number of transplantation protocols.

“My goal is to make radiation therapy safer and more effective for those who need treatment.”

Over half of all patients with cancer will have radiation at some point; it is a major cornerstone of oncologic care. Although I sincerely wish that we had effective cures that did not require my treatments, I do not see that changing in the near future. We may use radiation differently than we do today, but I suspect that combination approaches utilizing radiation will be a mainstay of therapy for a long time to come. My goal is to make radiation therapy safer and more effective for those who need treatment.