This program is designed to train Ph.D. postdoctoral scientists in the growing field of urologic oncology. This program offers fellows the opportunity to participate in a diverse training experience that includes clinical and laboratory research on several urologic malignancies. The program provides an opportunity for selected individuals to complete a research project under the direction of a Senior Investigator in the Intramural Program of the National Cancer Institute.

There are no postdoctoral fellow openings at this time.
Please check back later. 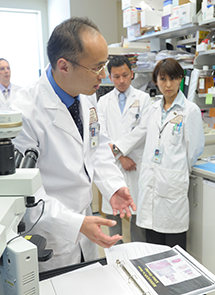 Masaya Baba, M.D., Ph.D., was awarded his Ph.D. from the Department of Molecular Biology, Graduate School of Medicine, Yokohama City University in October 2001. and his M.D. in 1994 from the School of Medicine at Yokohama, where he did his clinical residency.  He began work in the UOB in 2005 as a post-doctoral Fellow. His research continued to encompass molecular mechanisms of kidney cancer, animal models of kidney cancer, and functional analyses of FLCN, FNIP and the relationship between cancer and metabolism, earning him the ‘Fellows Award for Research Excellence, NIH in 2007. 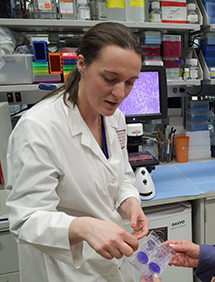